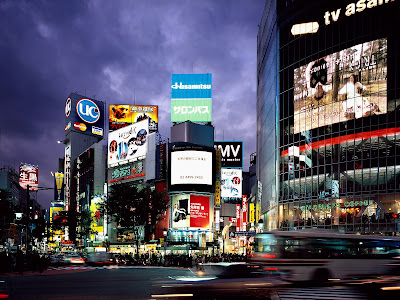 If you were to look at the URL of this blog, you would find that the odd name of 'the1iam' being used here. You might be wondering why that is being used, or why takhsiru.blogspot.com points to my anime blog instead of here, or the current @THE1IAM user on twitter is someone else.

Well, it dates back to when I created this blog in 2006 and that name was chosen simply I couldn't think of a creative original name. In fact, 'the1iam' was the name I used when I first signed up for twitter. Long time followers of me there would also notice that I used 'asuna888' between that and now. Unlike quitting, changing the username also means that the former username is available to others. This means that my former usernames has been snatched up by other people on twitter: 'the1iam' by an African man, and 'asuna888' by (fortunately) my sister. I had used 'takhsiru' since 2010.

So, why did I use 'takhsiru' for the anime blog instead of here? Simple: I had written quite a number of posts since it was created (as mentioned above) in 2006 and contains quite a number of inter-blog links., and I don't want imposters using my username.

Yes, I actually had imposters copying me in the past. This was also around the time I started twitter. They copied everything I had newly posted there back then like my blog stories, and even the blog layout, every single word. (An odd thing I noticed when they copied from the Japanese version was that when I typed 私, they would change it to 我 instead. I've also noticed some simplified Chinese-only kanji being used too.) What annoyed me even more was that I saw comments by others of the things the imposter copied from me as their own work. To be sure, first publications of posts since then had a trap for them where, if copied blindly, would not be noticed, and I would quietly remove the traps for them after they copied mine. Sure enough, they did copy me with the "trap" included. Fortunately, they couldn't copy me on Twitter and I've never heard anything from that imposter since the New Year's Day of 2010.

As pointed out by my followers at the time I changed the username from 'asuna888' to 'takhsiru', they think that the former was better than the latter. I've been thinking about it, but I couldn't think of anything as I'm bad with coming up with a unique never-used-before names that is short, and does not have numbers in them.
myself random