Kotomi dragged me to an empty computer room, locked up all the doors, and closed the curtains. She also turned on the lights, air-conditioning, and one of the computers. What was the point of closing the windows and switching on the lights? Something seems suspicious...

Kotomi: "A classmate of mine has fallen ill recently, but the problem is that she the main actress of an act my class has done. I know it's strange for me to ask you for this, but only you can fill in her spot in such short notice. Saeko is now in my classroom trying to rehearse, and to give them the impression that you, Mamiko, have actually practised."

I was going to ask why I was playing a female role, but I just remembered that I am now a girl myself now.

Me: "But you know I'm bad with memorising lines, let alone on such short notice. How do you expect me to pull this one off?"

Kotomi suddenly plugged a wire on me through the bottom of my skirt with the other end already plugged into the PC she just turned on. Strangely, I can't go any further than the wire when I'm plugged in and won't come off at either end when I try to. At that moment, I can feel my mind being accessed by an external force.

Kotomi: "I know you won't remember it the normal way, so this way is the best. I'll upload the script and program so that you could perform naturally at the actual performances."

Ah, programming myself: I did try it, but it does seem pointless unless I want to force myself to remember something or do something that I can't do out or fear or lack of knowledge. I didn't plug myself in since then as the idea of having my memories appear as files is strange. Fortunately, modifying them does not work on the operating system that seems to be the standard on every computer I come across for security reasons. The school here uses that uncommon operating systems so that students won't be able to install their own stuff (from that common OS) or modify it to the point that it bogs down to be unusable without erasing everything and starting over. The school believes in unrestricted use of the computer, but not theft, vandalism, and causing inconvenience to others. Also, the school is fed up with limited-number-of-PC-installs per disc, troublesome online activation on top of entering the long, complicated, serial numbers, and being charged so much for the software on top of the common OS was using until they purchased the current batch of PCs. If people are really that desperate to install stuff and make critical changes, they would need to know code like

which practically only geeks and programmers of this OS would know, which is currently considered quite rare, even around the world.

I don't know what exactly Kotomi did, but I seem to suddenly gain knowledge of some sort that I knew didn't know anything about just a while ago.

Kotomi: "There, all done! All you need to do is to come here again tomorrow for the actual performance and... and..." 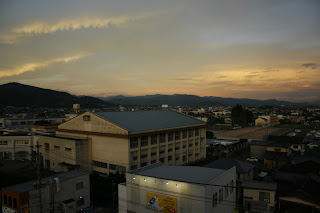 Out the blue, Kotomi kissed me on the lips. I could sense tears in her eyes and I could feel her breasts on mine and making me feel funny. Wait! I know I was your boyfriend just last year, but a girl showing affection to another girl is just plain wrong!

Kotomi: "Remember the time the principal called me to his office over the announcer on my birthday last year? I thought he dragged me there so that you guys have more time to prepare for my birthday party. At first, I thought he was weird. I didn't really though much of it until later on, but him saying about my body modified since birth made me think about that mysterious box in my uncle's office that was written in a foreign language that I can't read (German) that had photos of my mother on it. I still don't know what it's about till today, but he told me that it's best not to know about the truth. Also, just yesterday, I saw the footage Saeko had uploaded to my computer and a digital copy of a related article dated in the winter of next year about my own death. He told me about this last year, but I thought he was joking: it was hard to tell with that serious face of his. Also, the possibility of time travelling and this 2nd year 'Saeko Hisakawa' girl from your school did not occur to me to be your original body from this year until my cousin told me about you after the news of being deliberately hit by a speeding van."

The tone of her voice tells me that she doesn't want to die, but fate seem to made that to happen just next year. I don't recall travelling through time since the time I was molested to see Haruna Kobayashi's past, but my original body is now many years in the future who is now looking at the footage Kotomi was talking about on some futuristic-looking display screen. Saeko seem to just know that the Kotomi I saw last week was her from shortly before the incident that caused her death. No wonder she was behaving oddly at that time. Kotomi had stopped crying, but she's still on me.

Kotomi: "Well, seeing how things would happen, I should avoid time travelling or at least avoid them on that day completely for reasons I currently don't know. I certainly don't want to become blind after avoiding the trains too, and that there could be at other places or incidences in the future they could attack me. The best is to bring down the organization they belong to that has been bothering my uncle's company, but finding a way to do so is difficult as the police are after them for many years too, but none of the members caught knew who their boss was as the location provided was a fake or a random address that appeared in the media belonging to someone else who is not related to the organization. The voice of a call from him on the phone sounds synthesized, and made the police or phone operator to trace the call to a dead end. To make matters worse, he made it look like he called them from various parts of the world. My friend told me that her mom had been killed by her some years ago."

Me: "We can't just go charging at them and not knowing how big or powerful they are or what they can do. It's also possible that this person could be a rotten egg that hides what he actually does to higher ups so he could get funding."

Kotomi kept on crying on. This situation seems complicated: the fact that this was even mentioned made me think that no matter what we will do, she would die the same way unless the time in question was a paradox of some sort.Things could happen differently now that her time and cause of death was informed more than a year before it actually happened and take action to prevent it as compared to not knowing anything about it. There are so many possibilities, but I shouldn't give up on this: I was killed several times before, but never actually died. However, I understand Kotomi's horrors of being killed.

Me: "Well, for now let's head back to class to test if what you had just uploaded to me works..."

Kotomi: "You're right, everyone's waiting and we've been here for too long."

I tried to get up and leave first while Kotomi prepares to switch off the equipment in the room to leave the room, but barely after getting up, something at my bottom pulled me and fell flat on my face and was pulled a little closer to the PC from earlier.

Kotomi: "...connected to the computer. You can't remove it yourself unless it's safe to do so or someone else unplugs it."

Now I know why I never plug myself in: I rarely do so and could not accept the fact that I am some kind of an android now who was previously a clone of myself. However, I did not feel that my life started at the point of cloning, it's more of my mind being transferred into the clone's body and someone's or a new mind is now in my original body. My behaviour seems to have changed since then, however, to the point that they (including Kotomi) think that the present Saeko is still the me from before the cloning.