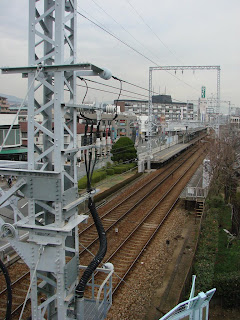 It has been quite some time ago since my first face-to-face meeting with Itsuki Hisakawa, not sure if it's just me, but I feel that I am now even more closer to him since we are somehow already calling each other by our given names.

Because I found out that my IQ level is surprisingly high (which explains why everyone else seems like idiots), there was also the pressure for me to join the student council. I forgot that there was such thing as their presence seemed somewhat hidden and are not distinguished from students who are not in it except for major school events.

On the last day before the summer holidays, Itsuki would want to bring me to his house for the first time. He said that his parents are working quite far away, so they have not been back for many months now. Well, that's good, since having peace and quiet is quite hard to come by at my house: my younger siblings and mom keep bugging me even though I had the door of my room locked. They won't bother if they know (via mom) that I would be quite busy or don't see me opening my room door since I entered right after reaching home on a non-working day before dinner.

Itsuki's house happens to be near the station I always see Hiroko alighting at: the station that had the tallest, expensive apartment complexes that seem that it might complete between the end of this year or the beginning of the following year. I don't think mine or Aiko's family would want to move there even if they could afford due to sentimential reasons and the cost per unit, which itself is smaller than our houses. Saw the flyer some time ago, and the design does look nice.

When we reach the road crossing after we got out of the station, Itsuki walked down the road directly opposite from those apartments and bought some things in a convince store along the way. He seem to be buying cheap, low-grade stuff there for some reason. Out of pity, I insisted on paying for him with better-grade products. He said that he was running low on money as his salary from work eats up most of the expenses if he did not save and does not have much money in the bank. Just how bad is his situation compared to mine?

Well, just entering the Hisakawa household already answer that question: I could see weeds in the greenery that surrounds the house. The inside looked as though nobody lived there for ages with dust and cobwebs all over, except for the area between the doorstep and Itsuki's bedroom and the bathroom. There's even the stale air... Ack! How long ago did his parents left?

Although he did not want me to do it, I cleaned up the house. I can't believe how dirty the kitchen and bathroom are. At least the soapy water might have made it less smelly, but it's still horrible! Didn't clean up Itsuki's bedroom or rooms he hardly enter though, but I did tell him things he might have not known.

Since I spent the whole day cleaning up, I called up my parents to say that I am staying over at a friend's house. I lied to them by saying that my friend was a girl.

That night, our bodies made contact. I was blushing endlessly and there was a weird sound coming from my mouth that I did not make. The first time was painful, but the pain subsided by the subsequent time. Don't know why I like that or want more though, but did relieve most of my stress and made me love Itsuki more. 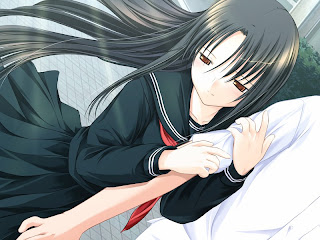 Since that day, I'm more and more attached to Itsuki. I was lucky not to get pregnant because I wasn't thinking back then. (What am I talking about?) Because I am more attached to him, I accidentally revealed our relationship to others through my actions. Well, this was somewhat unavoidable, but does not explain why he is a magnet to me.

Because of that, I noticed that there has been fewer guys trying to catch my attention as they know that I'm taken and had went to other girls. However, I still have to defend Itsuki from guys who used physical violence on him over me.

What's more suspicious lately is that everyone, including my family, seem to be whispering about something behind my back. When I get too close to them, they would abruptly separate from each other or change topic. Guys who were fans of me surround Itsuki, but were not arguing, like they are telling him a secret. When they saw me looking at them, they gave me their usual smile and turned back. I asked Itsuki later on what they were talking about, but he seems to keep changing the subject.

Just what is going on with everyone?

I have lost track of what day of the year it is anymore, since each day seem to pass by with nothing special happening, of which, was the Cultural Festival. I know, because I visited my cousin's school that had taken place just before mine and I remember seeing a lot of unfamiliar things there.

Well, the only person I know that isn't hiding anything from me is my 4-year-old sister, but she's too young to know what's going on. My age gap with her is too large because I am... hold on... how old am I? When is my birthday? I know I had birthday parties in the past, but I don't know when that was as it seemed quite random. One thing's for sure though, it does not take place in winter.

If I know what happens to the molecular structure when combined, solve complicated mathematical equations, or know how to get from Point A to Point B via the complicated train network in various ways and what are at each station, WHY CAN'T I REMEMBER MY OWN BIRTHDAY?

I don't know anything about myself...