Showing posts from February, 2013
Show all

February 26, 2013
So, you may have come across a book like "G****** World Book of Records" and looked through and get amazed at the things they mention. But how many record-breaking things are there that are not recorded in this book? How many are achieved through cheating, or through impractical and unrealistic means? Which record has the most number of failed attempts? Some of these records looked as if they are done for the sake of doing it and either beat the previous record (even by just a tiny amount) or have it to themselves. If you watch their shows, or a news article about it, you would noticed that the event is "officially" supervised by someone. Nobody is going to recognize an event that actually breaks an existing record without shortcuts used if it is not "officially supervised", like a man running up and down the countryside by himself faster than that Bolt guy. Just don't believe everything others say, but leave room in the possibility that it coul
Post a Comment
Read more

February 15, 2013
My name is Naomi Maeda (前田ナオミ), and I am a year 2 student of Kaisei Middle School (海星中学校). I think I am 13 years old, but I oddly seem to have no memories any further than me being in my first year here... Why can't I remember? Seems that I'm not the only one as my classmates are asking that same question. I know a group of older girls which, as my memory tells me, I get along well. Everyone has their own rooms in an apartment or house that is shared with other people. I don't know what's the difference between those and a dormitory or how I ended living there, other than having more relaxed rules and limited rooms per house. It's strange how they have the same family name as me, but don't look alike. Then again, Maeda is a rather common one. The house is an area in Katsura City (桂市) where there is actually a direct train from my school to the station within walking distance from the house. The house is littered with pictures and reading materials from man
Post a Comment
Read more 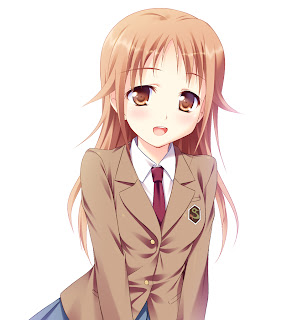 It has been months since we had that talk about Mamiko, and our third year in High School has started. As if it has been plotted in that discussion, Aiko's cousin actually did die from being hit by a train . Surveillance footage has shown that she was attacked by two unknown men who did something to her, then made her dizzy before throwing her onto the tracks. The cousin was seen wandering around the tracks before walking towards an oncoming train that killed her. It seems like suicide, but autopsy reports shows that her eyes were missing. It's almost as if she was never born with eyes. Nobody knows how that happened, but it does explain why she was running around aimlessly before running towards the train: she couldn't see. In the footage and according to witnesses, she knew that a train was approaching and panicked, but being dizzy and blind meant that she couldn't tell which direction she was facing. Although Aiko foresaw her cousin's death, she didn't th
Post a Comment
Read more
More posts