March 16, 2009
Some time after golden week, Hiroko-chan invited me to her house as she was behind in our school work. She said that she would drop by her father's workplace for something.

We got of at the same station of a small town she normally alights at, where the only way to tell it apart from other towns are those tall, expensive-looking apartment complexes that are near completion. 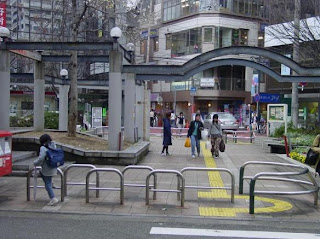 As we left the station, we crossed to the other side, separated by 2 roads and a mini-park in between. I had never been here. What I wasn't expecting was for her to enter the building right after crossing the road. What was even more surprising was that the building she entered has the logo of the company I work for.

Hiroko-chan then made her way to the office room marked supervisor, but has no name on it. In there, there was a man with some grey hair on his head, which means he is in his late 40s or early 50s. Hiroko saw him and called the man there as her dad in a voice that sounded as though she wanted to run and jump at him and then hug him, but refrained herself from doing so. Could be either because she's no longer a child or that I'm around. She then introduced me as her friend and would be heading to her home together.

She then asked me to remain in the manager's office as she does something outside. There was an awkward silence between me and this old man as he was staring at me. He then asked if I was the director's niece. I agreed. He then says that my uncle would drop by here once in a while, with one as recent as last month. (Isn't that when I saw my uncle entering the office at the hospital in a hurry?)

He then talked about stuff like how he met my uncle somewhere and his personal stuff that I'm not really interested in. However, he suddenly touched a sensitive topic that started to make him cry: his first wife being killed. I was thinking about how to ask it, but he brought it up himself.

"Nine years ago, my wife was shopping for groceries at a supermarket downtown and headed to the cashier. Suddenly, the terrorists shoot the front of it and took over the place. I only became aware of it when someone asked me to watch the news live telecast and saw my wife among the hostages,"

"Earlier, I received a call from an anonymous person, with a modified voice, that, if I didn't provide them with information about the things they are working with within the next few hours back then, they would go after people who works here until they do. I thought that it was a hoax, so I didn't respond to them. Even if it wasn't, they could be using that information to change mankind in a bad way. Lately, I haven't hear anything from them."

"If I had known this would happen, I would have done something to stop them. She was the greatest woman I had met. Shortly after her death, I had re-married to my current wife and had a child with her. However, Hiroko doesn't get along with her well as my daughter seems to avoid talking or seeing her or the half-brother. As you might have noticed earlier, she sounded like she wanted to jump at me. In fact, she still does so today and, with the size of her body now, she would knock me onto the floor with her weight and happily hug me tightly."

(he started to calm down)

"Oh, I haven't seen you since you were kindergarten, You had certainly have grown a lot in that time. My daughter has become more cheerful when she told me about you on the first day of high school last month. You sure are fortunate to be having a happy family and talented to have people looking up to you."

Yeah, you are right. I guess. At that moment, there were two sets of footsteps approaching us, followed by a knock on the door.

"Dad? I brought along the newcomer the director recommended here." said Hiroko in an unsure voice.

She came in. The guy behind her was wearing the same school uniform as my school for the guys and appeared to be of the same age. When our eyes met, my heart started pounding rapidly and my body behaved in a way it never did before. I don't know this is happening.

The newbie introduced himself as Itsuki Hisakawa (久川伊月) and claims to be good in programming. Hiroko then pushed me out of the office, excusing us from the 2 guys in the room. As I left, her father told me not to tell anyone about what we had discussed earlier.

Once we got outside, Hiroko said that I had fallen in love with him as she saw my face earlier. I denied this, but me blushing, and stuttering as I'm saying this says otherwise. Have I really fallen in love with him? I'm not sure myself. Wonder if he has the same feelings for me? What class is he in? (Oh no, I'm already starting to think about him. What is wrong with me?)

We then reach The Kyohara household. It's located north from the train station and could still see those apartment complexes in the south-western direction from here. For sure, she said "I'm home, brought a guest along" in a rather reluctant tone as we removed our shoes when we entered: a sharp contrast as compared to when she talks to her father or me. I noticed that the house on the inside is western-styled. She then, in a hurry, made her way to her bedroom upstairs. I wonder what kind of grudge does she have with them? 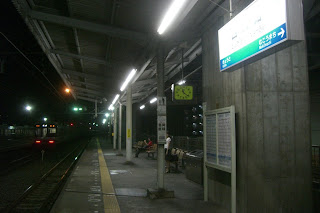 We studied in her room for what seemed forever. At one time, I heard Hiroko's stepmother dropped the food outside the closed door. Hiroko, at first, ignored it, but collected the food after some time has passed and ate it. Seems that she prepared extra for me.

Looking at the time, I realized that I had to head home now before I miss the last trains home! How time seems to fly by...

The streets are rather quiet. If the lights of some houses and the street lights weren't there, the place would be pitch black. There were only a few people when I took the train. The darkness and the almost-empty places scares me somewhat.

Feeling relieved upon reaching home, I head straight to bed and sleep. Was too dead sleepy to even bother changing out of whatever I was wearing. My clothes are usually too troublesome to put on anyway.

I think I heard my dad's voice as my room lights were switched off, followed by the door being closed.