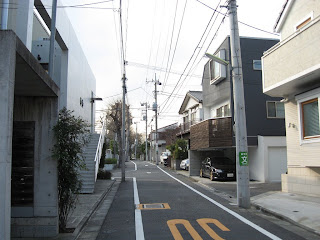 The first thing I knew when I woke up was that a pillow was stuffed at my face and that I'm lying facing down on my bed with the sound of birds chirping outside. Even though I'm now awake, I found great difficulty trying to get up, giving people who are seeing me at my current state the impression that I'm still asleep. "Can someone help me get up?" was what I wanted to say out loud, but my body did nothing as it continues on to sleep. My body has been out of sync with my mind lately...

Come to think of it, I might have seen that Hisakawa-san I met yesterday in school. Itsuki Hisakawa, isn't it? But since I don't know him before then, I might have easily pass him off as just another guy in school. Well, there are a lot of other guys that are interested in me, but why is he the one that catches my attention?

As I lay in bed deep in thoughts about Hisakawa-san with my body still asleep, Izumi finally manages to wake me up, saying that mom has prepared breakfast. Without thinking, I dragged myself to the dining table downstairs.

Everyone, except Kuniko, was staring at me as I reached the table and sat down to eat. I don't know why they are looking at me like that as I had breakfast in an unusual dead silence with them. It wasn't until Kousei said to me, "Sis, do you have school today? It's Sunday today...", that I realized that I'm still wearing my school uniform from last night. Normally, I would turn up in pajamas as I normally come straight from bed. Dad is sitting quietly at a corner of the dining table, that I didn't notice him until I saw him as he's rarely at home. I can sense that he's laughing very hard despite trying his best to keep a serious straight face. Come to think of it, why are my parent's wedding anniversary a few months after I was born? The mystery that surrounds my own family...

Mom alerted to us that our home supplies are running low, so that means that our entire family would head to the supermarket in a 7-seater car. My dad bought it with cash my great-grandmother gave out of pity that my dad has so many young children. Well, great-grandma does seem the type who would earn money like the rich, but spends it like the poor. Now she has too much money, even with a reasonable amount set aside for retirement. Her age seems to be about the same age as my friend's grandparents, but what's with the narrow age gap between generations for my family? If it weren't for this, I might have a different dad or would instead be born between now and the near future instead. Makes me feel that I'm now living in the past when I think about it. The supermarket that mom refers to, and where we usually go, is a department-store-like supermarket somewhere that dad uses the highway along the way to get to. Oh, and it's a different and a lot larger supermarket from the incident with Hiroko's mother 9 years ago. 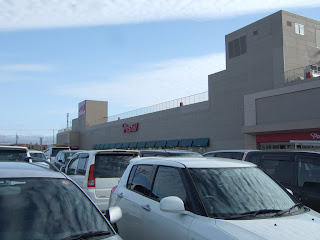 After what seemed like forever with my siblings bugging me to play with them (I'm too old for it), we finally reach the place. With me as the oldest child in the family, and all my other siblings mostly still in primary school, I feel out of place during family outings like this: They seemed far too young to be my siblings and the age difference with my parents are too narrow. If my friends were to see me with only dad and Kuniko, they would jokingly say that dad is my "husband" and that my youngest sister is my "daughter". Believe me, that has happened before.

Before I knew it, I was running around the supermarket aimlessly, alone, looking at the stuff I could see at eye-level. However, I do sometimes find better or cheaper items of the same type of product if I do look up, like a spindle that contains more blank CDs/DVDs (for backup in the case of my computer becoming irrecoverable) and costs less per disc than ones at eye-level. Problem is that it's hard for me to reach them, and I'm not sure if I can use the ladder lying around nearby.

The part I spend most of my time there is looking through the clothes and shoes. It's hard to decide to choose what I like: There are a lot of nice designs to choose from and at the same time, not spend unnecessary. The last stop before checking out is the frozen foods and dairy products area. Cashiers near there are the most crowded compared to the rest, even though there are a lot of counters available.

We stopped by a family restaurant along the way home that evening for dinner.

As the days passed, my classmates and teachers seem to ask me for more and more things for the class over everyone else when it comes to doing things for the class or reading the passages in the textbook. I feel like showing my frustration over them always choosing only me, but I can't for it could make matters worse. It's strange that I can still keep a calm, friendly face when I feel all angry inside. In fact, no one has ever seen my angry face, not even myself.

During homeroom one day, there was an election on who would become the class representative. As expected, I was one of the few candidates and received an overwhelming majority of votes. That means I have (unwillingly) become the class president and somehow be able to come up with a good speech of appreciation. My life in high school has now officially started.

Thank goodness people still don't know about my hideout at the rooftop: guys would stare at me with their excited faces when they see me and sometimes find an excuse to have me go out with guys I am not interested with. I hardly see that Hisakawa-san around. I hear from the other girls that he joined the music club, and is struggling with lessons. Other than that, he seems to be a relatively unknown person. He still seem to not know me yet though.

Today is the day I have to do the class roster after the last lesson. Normally, they would just ignore their duties or leave a poor classmate to do all the work. I don't know if it's because of my popularity in school, or that I'm the class representative, but all the guys did their duty, including those who are not for today. They even crowd around me to find any opportunity to help (and argue among themselves if there's conflict). I have to be in a group with other girls or use going to work as an excuse to not go home wih them.

There's no work today, and Hiroko and Aiko says that they have something on, so today is one of the few rare days that I'm heading straight home alone. The time to get home is about 2 hours: 15 minutes to get to the station, an hour by train, and half an hour by bus. Waiting times make up the rest. May be longer during winter, rainy days, and other unforeseeable events.

I still have homework to do though...