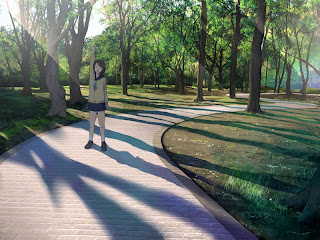 Have you wondered why you could not recall your dreams, but could when you just woke up? I'm not an expert, but these dreams are based on what you have already seen, so they are just playbacks and are therefore not "recorded".

This is not recalling on exactly how many tiny insects like ants we have stepped on at a particular area or the MD5 hash code of a particular file, but how effective/detailed we learn and recall things depends several things: familiarity, duration, age, health, location, distractions, and other things. In general, the most recent can be recalled easily, but one from a long time ago has to be significant enough for you to remember it. Sometimes, you do remember it, but you don't think of it at all until something related triggers it. However, since this get shuffled around and compressed, we might not remember other details that you saw but did not pay attention to. Do you even remember what was the person sitting 7 seats to your left at the side opposite you in a crowded train was wearing, holding, talking to, or whether that person alighted after or before you? If you have never seen this person before and nothing significant happens, you won't remember that person. Even more likely to not pay attention if this happened on a typical day.

This is the way we remember things: process everything that comes in, get rid of what seemed insignificant, and what is left behind is what you remember. If something new happens, the older memory might have some or all parts removed to make way for the new memory. If it happens too frequently, you don't even pay attention until you are uprooted from what you are already used to.

Speaking of meeting someone, say you attended an entrance ceremony or the first day of something like college in the sea of unfamiliar people in a place unfamiliar to you back then. Then you meet someone after that would eventually become friends or at least your classmates. The thing is: can you recall seeing that friend prior to the commencement of the entrance ceremony? If that person didn't stand out, you probably won't remember. I didn't say "during the ceremony", since you might have looked around out of boredom long enough to remember some faces that eventually become your friends.

I know I had dreams of something before that ranges from [forgot] to [forgot], but some strange ones somehow woke me up and actually felt as though I was falling somehow, but didn't even fall off the bed. But if my sleep, that had a dream, was interrupted, I can't get myself to resume it even if I knew what the dream was. Another reason why I don't like my sleep interrupted and need a duration longer than the interrupted duration to make up for it, as long that sleep wasn't interrupted.

Wait, what am I writing? I think somebody showing me a photo of a shopping cart at the beach partially submerged by the sea water had some effects like me dreaming about the internet. Ugh... This post should have been published 9 days ago too.
random