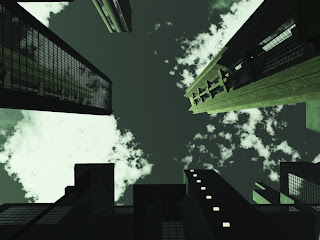 From what I have read, I might have aphasia (失語症). I don't know why my spoken vocabulary is a lot different than my writing vocabulary, with the former being more limited. In fact, just trying to speak alone takes up a lot of effort. My mother said that I had a seizure somewhere just after I was born. I don't know the exact details of it though.

What kind of aphasia do I have? As you can see, I can write meaningful sentences and not add meaningless words in it. If you had read the stories I wrote here for the past 20 months, or my Twitter posts ("tweets") for the past 15 months, you would have known that. Then again, I can't write as quickly as I type. Of course, I can understand speech too, or you wouldn't have noticed me talking about it unless it's about a silent film from more than a century ago or post screenshots with subtitles on it. Who knows, I'm not an expert in the medical field. I might not even have it, but the symptoms mentioned are, in some ways, quite similar to what I'm facing. Quite annoying if what I said is a simplified version of what I wanted to say, and the meaning can be ambiguous.

Oddly enough, I can actually feel activity with my brain, especially around my behind-right side. In fact, I even notice delays between knowing what I want to write and me actually writing it. That's why I'm always one of the last to complete things as compared to someone doing the same thing, but started slightly later than me that I wonder where the time went. Even typing this paragraph alone took me quite some time: I know what to type, but I see my hand not moving in the position of typing the last word. Heck, it even happened in the space between the two words highlighted in yellow in the previous sentence. When looking at any language besides the one I am fluent in, my head seem to go haywire, causing me to have difficulty learning the language unless it appears repetitively. Another odd thing is that, besides my head rolling all over and feeling weak, I didn't notice a change in my mental capacity even way past my bedtime. It's as though my body is the only part of me that is feeling sleepy, although there's never a day night where I never slept because I forced myself to.

So, I started writing this right in the middle of writing S2P50 (Alternate Dimension Part 50). The auto-generated time upon me starting to write this is about 73 minutes ago, and I hadn't had my attention distracted.
myself