Recent anime that I'm unlikely to watch but have seen before

April 02, 2010
First off, I'm going to talk about the new spring 2010 anime first. Of course, I'm not repeating titles that has already been mentioned before. 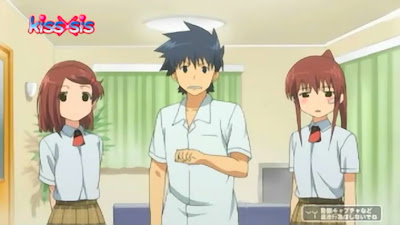 Kiss x Sis (キス✕シス)
Based on a manga and has a DVD that comes with one of its volumes.
As I found out, there are 4 planned OVAs, with the 4th coming out soon. Based on what I saw, from those and the pre-broadcast episode, it's kind of... well, not what I'm looking out for. 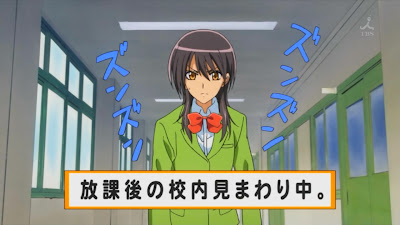 Kaicho wa Maid-sama (会長はメイド球)
I don't know what to say as I know very little about it.
It takes place in a recently-turned co-ed school, so there are still dominantly males there. She's the school's student council president who has to deal with guys that bully the minority girls. A friend asked the protagonist to help out at a maid cafe and cover her expenses. As she's helping out there, she was spotted by... okay, my interest has already wandered at this point, actually from the point I saw "Maid" in the title. 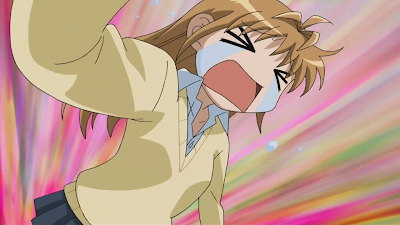 B
B-gata H-kei (B型H系)
I find it odd that they name the protagonist Yamada (山田) with no given name. It's like she has no name and has to be called something for the sake of it. From the opening scene to the opening theme, it's quite obvious that it is about doing what her body wants her to do and doesn't appear to know what she's doing. The pace is so fast that it starts off from the first day to the beach/themepark cliche I mentioned earlier.

Fullmetal Alchemist: Brotherhood (鋼の錬金術師 FULLMETAL ALCHEMIST)
Well, I don't want to put a popular title here that I've watch for over a year, but my interest wandered away. I don't know how I can't follow this, but could follow Code Geass. It's one of the few anime that is only known around the world mixed with ones for younger audience among the casual viewers, which tells me how little they know about other, better anime, and maybe how stereotyped it is. Oh, and each time I want to watch it, I would be looking at the last few minutes or missed it completely as I'm usually out an about on Sunday evenings. Dropped it at around episode 45-50 as I don't want to continue to watch something I'm not interested in. 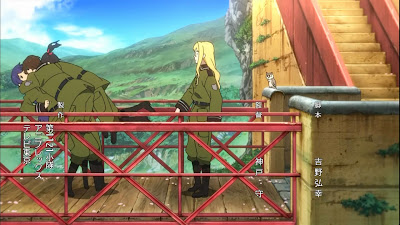 Sora no Woto (ソ・ラ・ノ・ヲ・ト)
Sorry, but I don't see any real plot here as the episodes are forgettable. I could only remember the ending theme (Girls be Ambitious by Tomatsu Haruka), the Spanish(?)-like atmosphere, the details they had paid close attention to, and how close the characters resemble those from K-On very much.

Titles mentioned here are not likely to be picked up by me, or are already dropped if it's a non-Spring 2010 anime.
anime