list of spring 2008 anime that I have been watching 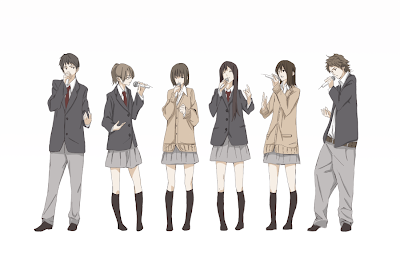 I rarely put up new blog entries less than 24 hours after the previous one on the same blog
With Summer 2008 anime approaching and have been paying attention to my anime watch list since early April this year, you would notice that those mentioned here (and here) are hardly mentioned under "likely to watch" are currently there and some of "not likely to watch" are actually listed.

For most of them, I would just watch 1 episode and see if it's good. But for some of them, I might watch more and sometime more than half-way through the series before dropping it. For anime that falls into the latter include:
[when I say that the picture quality "is like crap", I meant that it looked like it was for Standard Definition TV (640x480 with horizontal black bars), but the so-called HD version is actually an upscale of the SD version. So in the end, the picture is not as sharp. Use the SD and HD of CODE GEASS Hangyaku no Lelouch R2 or Lyrical Nanoha Magical StrikerS as a comparison.]

Anime that was listed as "unlikely to watch" and "some chance of watching" that I ended up watching are:
(those in italics were dropped later with reasons to why I dropped it listed above)

Episode 9 of "Code Geass: Leouch of the Rebellion R2" has been delayed for another week to 8 June due to the recent earthquake in Sichuan Province (四川省) and has been replaced by a "festival" hosted by someone in Akihabara (秋葉原). It doesn't seem interesting though.

(I was reading this post when I remembered about ruby text.)

Anonymous said…
i just stumbled upon this page by chance and was wondering what anime is the one on the image, if it's an anime at all
how interesting is it?
thanks ;)
Thursday, September 11, 2008 at 10:38:00 PM GMT+9