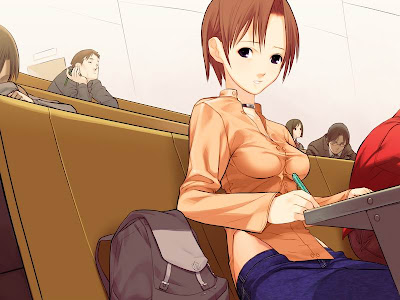 It's hard to tell what I'm writing on the table if what I'm seeing is of myself from my bottom right. Somehow, when I try to look to my right, I can only see my eyes moving to the left with my vision unchanged.
The images you see at the top of posts you see here seen here since 10 April had kind of run out until now. Actually, I still have a lot of images, but they are deemed unsuitable or too large to be put up here. There are a few images that I would normally put up, but majority are crappy as I couldn't find a nice image to put up.

Here's a list of crappy images but are put up because I couldn't find better ones at that time:
Anyways, since I have found better images, I shall be changing the background image. As at time of this post, it's a screenshot from a PS3 Action game, which might explain the realism of the image. The one I will be putting up should be larger than 1024x768 but less than 1.5MB with the majority if the colours being dark (eg. sunset).