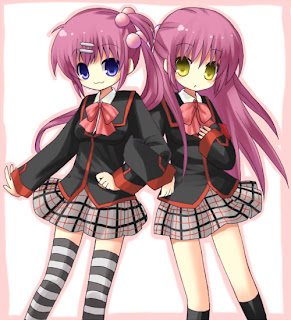 Erm, sorry for not mentioning anything about the story on the previous post before. (It was 5 times longer than the regular posts.) The idea to do so just suddenly came into my head when I came across the first image of that post and another that I have yet to upload.

Anyways, I would like to point out to some things:
More to come as it develops.