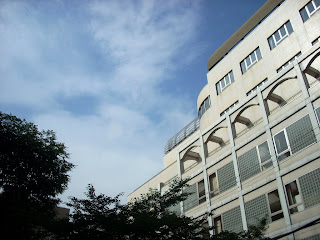 As I slept, it looked as though I was suddenly awake in class talking to my friends (Haruna, Yukari, Minoru and Kyousuke), except I have no control over it. The place seemed to be cold with my classmates seen wearing warm clothing.

I tried looking at the blackboard at the front of the class.

It said Friday, February 4 on the same year that the bizarre event that happened to me and also the the month that people said that Haruna in. I then tried to talk.

Those words never came out of my mouth, but I heard Haruna's voice as though she's speaking directly to my ear.

Haruna: These are my memories of what happened on the day of the incident from my point of view. If I recall correctly, I fainted mid-way through the next lesson. Now it's the coming to an end of lunch break. Watch. 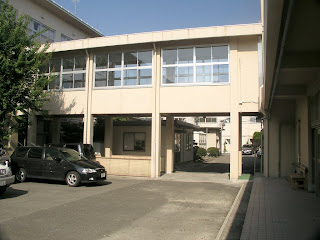 The bell chime was heard in the distance and everyone went back to their seats. Haruna sat at the table near the window, which was at a different seat than the current one. I noticed that there were some patches of snow on the ground and there were hardly any leaves on the trees. The homeroom teacher entered a few minutes later. Everything seemed to be normal with nothing out of the ordinary.

Haruna: I think it should happen around now, because I remember wishing for you to be with me when seeing the teacher doing that when I fainted...

The teacher was fooling around with a strange looking object, that he claim to have found it when he was overseas, as he showed it to the class. 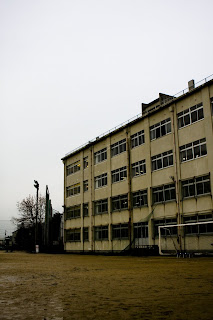 As he turns that thing around, it seems that a part of it is fixed upon Haruna and another to elsewhere in a fixed direction. Haruna was still wishing to be with me, as though she's praying.

Then suddenly, I saw a flash of green light and then Haruna froze like a statue in the same position as she was wishing earlier and fell down the chair sideways. (reminds me of a movie I watched earlier) I felt a sharp pain as Haruna's head hit the floor. The teacher and classmates who were sitting nearby rush to Haruna.

Everyone: "Kobayashi-san? What's wrong? Are you allright?"

Haruna: I tried to get up and say that I'm all right, but my body refused to move and just lay there stiff. The reason why you are still seeing this despite me "fainting" was because I was still very conscious, but unable to move my body. I think that thing the teacher is holding is causing this whole incident to happen.

As that was happening, my view is stuck from Haruna's fallen body on the floor at an angle. All I can see are tables, chairs, people's feet, and people who bend down in front of me to see Haruna's frozen body, though most of the time was Haruna's close friends. I saw some of them checking to see if Haruna is still alive, though there are other people who made fun of the situation. 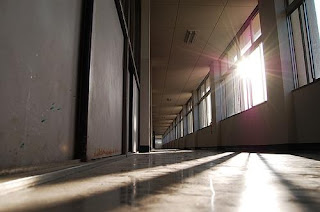 I heard an ambulance in the distance. The teacher and Kyousuke returned with paramedics and a stretcher and carried Haruna into the ambulance and placed her sideways without trying to straighten her body.

Haruna: I think a lot of people saw what was under my skirt, but what can I do? Anyway, I actually slipped from the stretcher on the way so frequently that they end up puting me on the front seat with the seat belt as I was already in a sitting position when I froze. Anyway, at the hospital, they did medical checks and thankfully found out that I am still mentally awake and were aware that I was trying to talk to them as they did so. They later somehow manage to straighten up my body and put on hospital clothing. Imagine if they didn't: They would put me in the ward on a chair facing my empty bed with my clothes unchanged. If a stranger were to enter my ward, they would think that I'm hoping deeply for someone who's not at the bed for something to happen when in fact, I'm the patient of that bed. ^_^ Imagine if they found that out!

I don't know why Haruna is making fun of the time she herself was hospitalised, but the last bit made me laugh.

Haruna: During the months I was in hospital, my classmates (varies, but close friends visit regularly), my parents (in April), and your father (in late-February) visited me. Some of them were thinking that I would die and were even crying and were wishing that I don't, while some gave their well wishes and even said about the times I had with them. However, at times when nobody is around, I would feel loney and the days seem to pass by very slowly, not being able to move a muscle of my body. 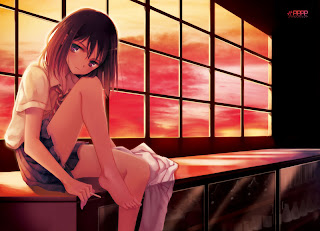 Haruna: On the day you entered my body, I was questioning myself whether there is any point living in a body that can't do anything just because I wished for you to be with me months earlier. Nagisa and Kyousuke visited me most of the time, even after school. There was a doctor and a nurse who were there to check my situation. After I felt a force entering my body, they noticed that my body was moving a bit, so they observed for a while. I later discovered that my body was moving by itself and was talking to Nagisa. I was shock at what was going on. The next thing I knew, I was looking at myself in the mirror and then suddenly staring at my breasts. Well, I didn't know what was going on until I saw you name in a newspaper article as the victim of a freak accident when I realised that it could be you who could be in my body. Well, I stayed back and watch to see what would happen just to make sure.

Haruna: When I saw the message from my parents, I though that you would dash to grab all the money, but you didn't.

Haruna: What further confirmed that it's you was that you visited your blog. I felt strange entering your username and password because it's not my account, but my fingers typed those by themselves. I saw you posting that strange post (How can I not since we share my body?) that I know would shock people if they saw that. The post you saw me typing at my blog but did not post was to let you know that I'm aware of your actions with my body, as it's possible that people could trace to me after you posted that. 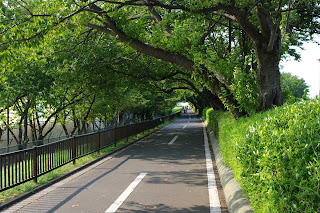 Haruna: Anyways, knowing how clueless you are on reading my language or getting to my school, I made it look as though you suddenly gained the ability to know, including the people that I had met, though I also gained knowledge that you know. I tried to control my body over from you in school, especially in front of my friends, but was still weak to do so until the lunch of the day after where I manage to communicate to you directly. However, even with that, I wasn't able to keep at it for long. If you haven't notice, I suspect that one of the guys whom I always hang out with is in love with me, even though I love you instead. But since I can't do it by myself and the fact that you are now stuck in my body, though not in the way I wanted, that doesn't really matter now.

After all that, I woke up to find that it's already morning. Time for school. It didn't seem that I was even sleeping. All that poking and head banging in my dreams seemed too realistic.