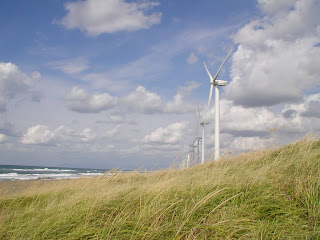 (originally written on 20 June 2009)
[Note: I'm writing this because I feel like it, and not as a report for work/school or organizations. I apologize for any inaccuracies and discrimination that may happen.]

With the average household having increasing number of devices using electricity, we have become more reliant on them. Sure there batteries that would make them portable and green solutions that emits less pollution to generate electricity, but should they fail, it can cause problems: especially in the times of emergency.

The electricity bill (assuming that the rates are not changed) is a reflection of how much we use. Replacing energy-draining appliances with ones that saves electricity, but see no difference in the charges, this could mean that the rates has increased, someone's using your electricity, additional devices you might have bought might have offset the savings you could have had, or you were cheated.

Speaking of using other people's electricity, you might not be paying for it or at a rate lower than if you had, but that doesn't mean that you could waste it like nobody's business. Think of the amount wasted other people who think of the same thing, and more importantly, think of what if you are that person who is paying for them. Also, if you are doing it to your company think of:

People would normally think of the parts in bold as they are quite obvious, but if the ones in italics are not doing so well, everything else would follow. (Sure there are people at upper level taking more money than they should, but that's not the point here.) The amount people wasting water or electricity may not be noticeable, but in bad times, it does affect how much the company is paying the salary and possibly increases the chances of being fired/retrenched. Some companies may not say it until the last minute, or are using money earned from the good times that may not last long to reduce the impact by the bad economy...

Okay, before I go off-topic to business and their management, I would like to say one thing: Electricity is good if used wisely, but may be harmful in ways you can't see if not used properly.
random scheduled