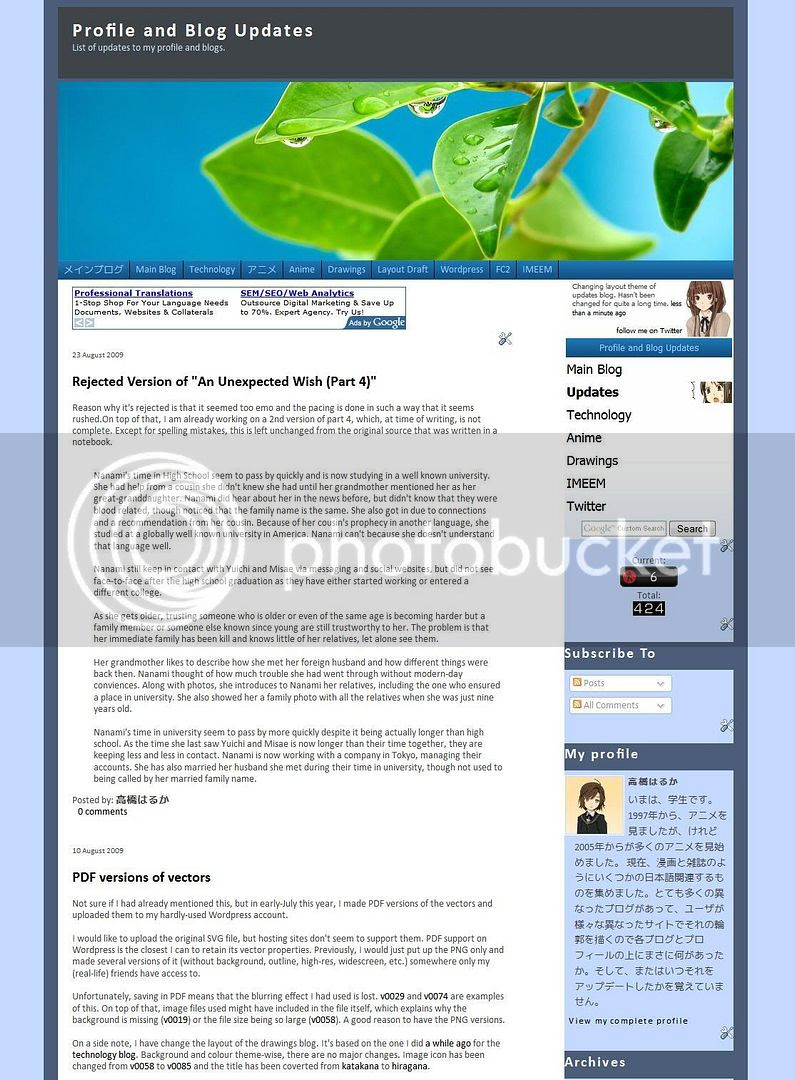 The above is the screenshot shortly before I change to the current layout on 30 August. However, it's not as ready as I thought and need to do some small changes that can't be done in the Layout Drafts blog such as the contents of widgets that can't be copied as one large chunk of code.

Problems I'm facing now is the header image, colour of the text over it, that weird border surrounding the top links and a redesign of the right navigation menu (that version is even older than my other blogs).

Lately, Blogger seems to be acting up and doesn't render things properly. Also, embeeded videos (.ogg in the [video] tags, introduced as part of the HTML5 standards) seem to be rendered in a weird way. I'm supposed to be seeing this interface:

I don't know what the problem is. I'll go check on other PCs and OSes. Using different browsers don't seem to solve the problem, but I noticed that I can save changes to widgets in Opera when it is like this. Other browsers would only have it to do nothing when I click "Save".
scheduled updates