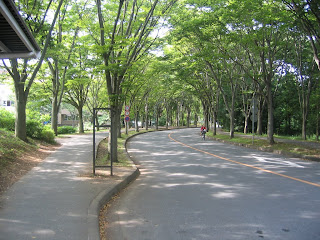 There is a small crowd that have already gathered around us, eager to watch us playing the song. Based on past experience, more people would come if people saw us already playing the musical instruments. There is a piano at one corner, but the person sitting there don't seem to be involve in the piece we are about to play. Except for the sound of nature (and the faint sound of the other me uncontrollably crying heavily from somewhere nearby), there was silence as the conductor raised his baton towards the ensemble.


I played the music that I had been practicing. Not only should I follow the score sheet, I should look at the conductor and listen to the other instruments to ensure that I don't go out of tune, which could be a disaster. I have heard of a conductor who could notice even the smallest mistake that other conductors would normally miss. Since this is a performance, some notes were added, extended, repeated or played at a slower pace.

The audience were moved by the music. As we continued to play, people walking by stopped by to have a look. The crowd became larger as time passed. Just as the piece I was about to end, the guy at the piano started to play, but still in rhythm with what we are playing.

As he was playing the piano, I looked at the music sheet. It seems that we are now playing a medley that would last for quite some time. I thought we were playing the songs separately. I look at the next song: seems that both the violin and piano are involved and is of a fast tempo than the earlier ones, so I have to pay attention to where the song of the next would start as I am one of the few who are involved in playing this piece.


This could go on for quite a while. Even though I'm sitting upright on a folding chair, it feels like my head is on something soft... 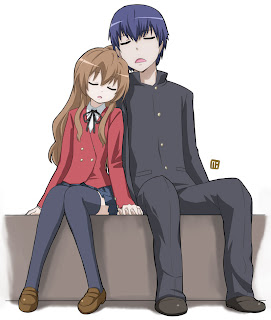 I opened up my eyes. My head was on Kotomi's lap who was leaning against a tree off the footpath. She was looking at me, patting my head. Aiko was nowhere to be seen.

"Have you woken up? Um, Hisakawa-kun. My cousin had things to do, so she left.", she asked me with a smile. It seems that she wanted to call me by my given name, but wasn't sure which name to use. I replied to her in a sleepy voice. If I didn't have a me who is playing the violin in a performance right now, I would not have heard her saying that. Speaking of which, I can hear it and other instruments being played somewhere nearby among the sound of leaves being blown by the wind and the birds tweeting.

Fully awake now, I now realized that there is only the two of us and my head is on her lap. The reverse has happened before at the rooftop of my previous school last year: We often hang out there to share our lunch boxes (お弁当) brought from home, made by our parents, and she would place her head on my lap, after eating until lunch ends, sleeping or talking to me about things. During the first few times she does this and the rare times my head is on her lap, my mind would go all crazy, can't think properly, and would stutter when I try to talk to her. But now, all those feelings are absent like it's no big deal since we are both girls now. However, that feeling is now present when I am with my former classmate during the preparations, which was absent when I was still a student there. Well, I do know the reason for that, but the fact that I am aware that my natural behavior has changed surprises me!
I don't know why she switched on the radio (where did that come from? It looks familiar...) to a default station that has nothing but static noises, though it quickly turns silent, followed by the thoughts of the me elsewhere complaining on how fast the music is being played, but it does have my thoughts of what she is up to with that radio added after. To tell you the truth, my mind is in chaos trying to manage two bodies at the same time that if I were to try listening to my own mind, I would only hear that of the body I am focused at, or hear noise too difficult to catch, though the contents might have been accurately recorded in my memory. With the additional thinking capacity gained from merging with my clone's mind, I have manage to perfect the art of making other people think that my original and my clone (the one with Kotomi now) are twins with separate minds.
She then brought up the subject of the device I worked on that started all of this and the bad guys that started chasing after me since then, again. According to the director of my workplace, who is her uncle, he recently found out some clues as to why I was a target more than anyone else in the company: the device I was assigned to work on since February. With it, stuff seen only in sci-fi shows, could become a reality, but if it falls into the wrong hands, it would become chaotic and may be impossible to stop them. They had even gone to the extreme of trying to molest, run-down with a speeding vehicle, and even murder me. She also commented on how many times I had landed in hospital in just a few months. For the first incident, I had teleported and time traveled as when they were molesting me, but not without seeing some of Haruna Kobayashi's past. The other two more recent incidents happened with my cloned body, which happened in front of many eye witnesses and me appearing that I had really been killed by them, but somehow recovered to as though it never happened when people I trust brought me away from the scene. 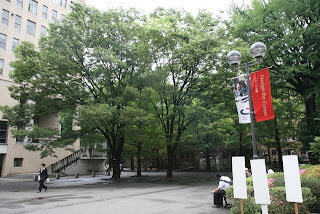 My body started to cry loudly again at the though of me being murdered, but I told her via the radio to quickly cover my mouth, restrain me and ignore any noise and struggling my body may make, unless my original body (who is still somewhere else) or my voice on the radio says so, as to not attract unnecessary attention. This body behaves what I would have if I was born a girl with its feelings being more sensitive, not suddenly changed along the way, which has different extremes as to how to react to certain things. Anyways, as this body continues to struggle with my muffled voice saying to let go, which I wasn't doing or saying. Using my voice through the radio, I continued saying in a normal tone asking if there are more people behind it.
With a look of uncertainty, she said that those two guys seemed to be under the orders of someone higher up who had some kind of business relations a long time ago. But since the last case, they seem to be rather quiet and no news of them being captured since their escape from prison. This could be quite worrying.
I asked via the radio to let go of me and my body automatically turn to beat her weakly in a crying voice on why she was holding me like that for a long time, though I said via the radio to ignore it and bring it to the statue of the school's founder where I was performing with the violin.
Along the way, Kotomi said that she found the radio "inside" me. How did she...
(to be continued in part 23)
[Author's note: Started at 8 Feb 2009 23:02 and completed on 12 Feb 2009 00:50]
2nd Story story