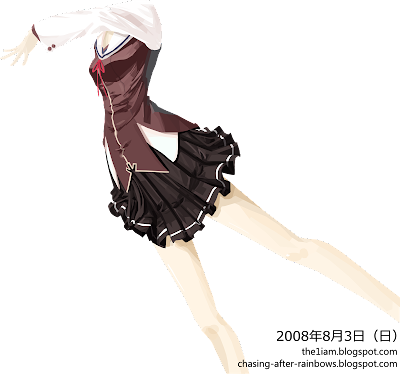 As you can see the version as at 3 August 2008, I had already done most of the body. The head is quite hard to do because it's at an angle, the eyes are red-ish, and the hair is quite messy and long. It also features the old version of the signature. 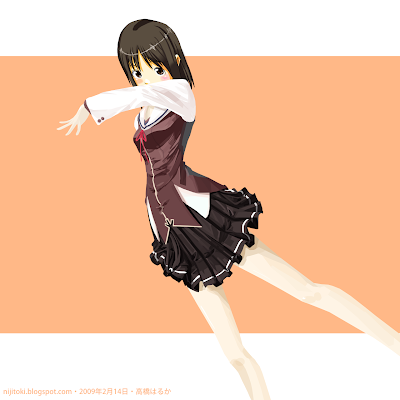 Now, this is the current completed version. I was not able to do this back then as my skills back then is not as good as now. The head came from v0058, which may explain why it may look quite familiar as I gave up trying to improve the original head.