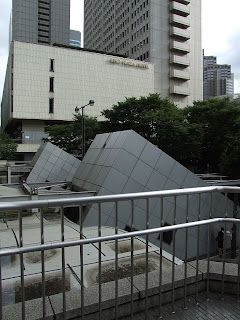 I have been using the nicknames the1iam and asuna888 concurrently, but those seem quite old and in some ways unoriginal.

The reason why I didn't change is that both are linked from number of sites too many to manage if I were to change:
the1iam is used on a lot of my links and would be broken if I were to change it.
asuna888.blogspot.com appears to be linked from a lot of sites I have no control over and even appears near the top in search engine page results if people were to enter certain phrases. Also, I used that as my nick in a lot of places now.
There are also other nicks like fnfd (shortened from flyernofoolsday) and sobadeniyoukoso (a pun on the title of a Summer 2006 anime), but I didn't like it and was either stuck with it or changed to something else.

Oh, fnfd now seems to be used by a lot of people from financial/soccer organization to a fire department.

Why do I even think of changing? Here's why (besides being old):
the1iam: It's supposed to be pronounced as the-one-i-am, people seem to misread it as the-one-liam due to "1" (one) appearing a lot like "l" (lower case L). It came from a word play on the phrase "I am the one." but, there are too many "the one"s around.
asuna888: While writing this, I actually thought of keeping this.

What will happen to my blogs that has "-layout" or "-updates" in the name if I were to change the1iam? I haven't decided yet. The fact that there's even a "-[something]" means that I can't think of anything. I probably won't even mention what it is when I do, to prevent imposers. I might quietly change it though. As mentioned in this post, I had used confusing or long names in the past and don't want to repeat it. (Crap, that link I just put up might break if I were to change.) Need to look around for ideas...

How would you be able to get back here if I were to change it? Hmm... You could head to the Japanese version at 虹を追いかけて.blogspot.com (xn--n8jos8fqkx000ci6n.blogspot.com if your browser can't support non-ASCII text for the url), or my other blogs like nijitoki or asuna888.

However, I don't want to change it because, not only would it cause inconvenience to you readers and linked to my posts, I would also change a lot on my end from inter/trans-blog posts, where the stats and banners should be looking at, and... other things that would take up too much of my precious time. But I have to as I don't like it and it causes a lot of confusion when handwritten, especially when "1" is written to look a lot like "l".
random scheduled