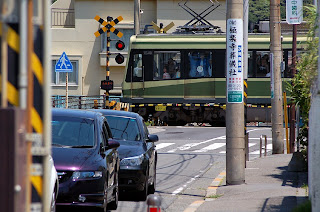 I went to class 2-6, Itsuki's classroom. I asked everyone, including his best friend, Kenjiro Tanigawa, about his whereabouts.

Student A: "Oh, Miyazawa-san! What are you doing here?"

Me: "Do you guys happen to know what happened to Itsuki?"

Student A: "Itsuki who?"

Me: "Itsuki Hisakawa! My boyfriend and your classmate! Ugh! Tanigawa-san, do you know where he is?"

Kenjiro: "Who? Sorry, I there's nobody I know with that name."

How can his own best friend not know who he is? I noticed that his desk is unoccupied and I pointed at it.

There was a pause. It seems that they did not realize that there was an empty seat there until I pointed at it. Huh? That table is positioned somewhere at the front left if you were to be facing the blackboard.

Student B: "Nobody has been sitting there since the school year started."

I left the classroom out of anger. They are useless to talk to, but I can sense that they were genuinely not knowing who I'm talking about. I talked to the teachers, and they don't know him. I went to his shoe locker, and I noticed that his name is missing. Looking inside, there's nothing. Not even the indoor shoes. I tried to call him, but I get a message from the operator that the number is not in use. What the hell?

(I thought I saw a girl I never saw before from my cousin's school that looks somewhat like him. She didn't see me, but we alighted at the same station and was walking towards my colleague whom works at that branch.)

I even went to his house, but to my horror, another family is living there. And looking at the things scattered around, it looks like they have been staying there for a long time. I started to break down in tears.

I wanted to propose to say that I love him, but he mysteriously disappeared from me just as I was about to. Not only from me, but also from the memories of the people around me too, as though he never existed and that I'm the odd one out.

From then on, I remained depressed that nothing would cheer me up. Not even mom cooking for me my favorite food. Since I have a lot of free time that would have otherwise been spent with Itsuki, I finally decided to join the student council. They had been pestering me to join since last year because of my characteristics and popularity. Also, I have been writing a lot of programs and debugging them. Good thing I have my laptop, because the time of being bored in the train could be spent writing code, that is, if the train driver were not to suddenly accelerate and break at each station and random places along the way that I don't know why we are stopping for, but that's quite rare.

Well, uncle and Aiko are babbling about something the following month, but I'm too depressed to care. Neither am I interested in going for a holiday with my cousin's classmate. However, all of my siblings (except Kuniko, who is only in kindergarten) are interested.

*sigh* I'm hard for the upcoming festival starting from around more than halfway through the summer holidays. I don't see the purpose of working so hard. Maybe I'm just too depressed over Itsuki being missing for quite some time now.

That night, however, I saw a news report that caught my attention. The news was about a girl of the same age as me being brutally stabbed. Mamiko Hisakawa and her sister, Saeko Hisakawa... those are the names my cousin has been babbling a lot lately. Come to think if it, she did tell me that that Saeko suddenly appeared on the same day Itsuki disappeared from mine, and Mamiko some time before the holidays. In both cases, my cousin seems to be the only one to notice their sudden appearance. Everyone else seem to think that they been there all the while. She didn't dare ask the Hisakawa sisters about it.

Looking past the bloody footage, I noticed that the faces of those girls resembles a lot like Itsuki's parents. Hmm, I wonder... 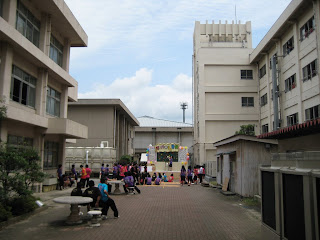 While helping people with the decoration, I have been hearing a lot of rumors that someone from my cousin's school has been appearing here a lot lately. I don't know why she's here, and neither have I seen her. Hold on, if she is from there, she could be a spy from there to see what we are up to as her school would have their own festival (and on a grander scale) earlier than my school. Sure enough, I caught her wondering around. Being the organizing committee and a student council member, one of my duties is to stop trespassers, though I stop her out of reaction to a stranger wondering around than knowing what my role is. My authority did, however, stop her dead in her tracks.

She turned around to face me. She was trembling.

Me: "I have been hearing a lot of a girl like you wondering around here with that uniform and...."

Eh? Her face is the same as what I saw in that news report. Where have I seen that face before? I've a feeling that I have seen it a lot of times prior to this month...

Hmm, that girl... is she my boyfriend? But it's a girl and Itsuki's a guy. She looks a lot like his parents, but he never had any siblings. Thinking further back, I did felt something weird with my head. Is it that weird feeling that prevented me from my memory of something being modified? My company is known for making weird, but useful things. Itsuki was working on something that could make things change in some ways the night before he disappeared. Back in February, he did look like he is fed up with life. Hold on...

Me: "AH! Now I remember! You were that Itsuki Hisakawa-kun I bumped into last year! I didn’t recognize you at all in that female body with that outfit. Even your voice is different. I heard from Professor Hirano (my uncle) that you had dramatically transformed that you don’t even recognize yourself. Oh, I didn’t tell you this before, but I work in the same company as you, but at the hospital department. That's why you did not see me. I’m not sure if it was you, but I did hear someone who has the same family name, but different given name, being admitted there after being hit by those bad guys. Am I right?"

Crap, I said that without thinking or making sure.

[Author's note 2: I know the below looks confusing or a typing error, but it is mentioned in Part 19 of the 2nd story that Saeko has fallen ill and is now taking control over Mamiko.]

Mamiko: "Er, you are correct in some ways. I do work in the same company as you, but I don't get what you were saying earlier, Kotomi-chan."

I knew it, though I wasn't expecting a reaction like that. Wait, did she call me by my given name instead of my family name? I haven't even introduce myself! Wait, what's with that "-chan" suffix? Only my family and boyfriend use that to call me... Must be hearing things...

Author's note: The pace is a lot faster than my 2nd story, which already covers a lot of the person the protagonist of this story was referring to.
3rd Story scheduled story