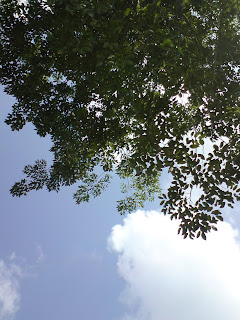 Except for the 3 of us, everyone (including Mamiko) wanted to go straight to the hotel to rest and then explore various places in the country. Well, they do seem to be tired from the commute from hometown that takes about half a day to get to.

I wasn't sure what *****'s parents told Haruna, but it seems to last for several hours. During that time, Haruna was at first shocked several times about something and then started crying around the end of the entire conversation. I kind of know why this guy with us by the name Kyousuke chose to remain here unlike the rest: He has known Haruna since they were kids and saw ***** as a rival, but did not want it to end this way. In fact, I think he did propose to her quite recently. As it was quite late, we stayed over there that night. The bed and bath they prepared was nice and comfortable.

That night however, I had a strange realistic dream: I was lying on the floor helplessly for some reason in a room filled with mountains of books and papers, some of which were on the floor. I don't remember clearly on what happened after that, but it all looked too good to be true to believe. Connectors around my bottom? An odd swimsuit that is impossible to remove or cut through? There's no way that can happen to me. 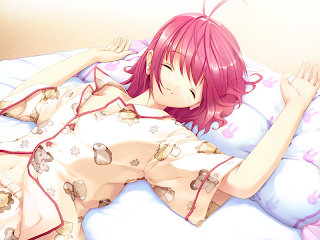 I was rudely awaken the following morning by the ringing of my mobile phone. It was so loud that it woke up everyone around me. In my sleepy state, I answered my phone without looking at the screen. I know it's just next to me, but I seem to have difficulity trying to grab a hold of it. from one of my classmates who are at the hotel saying that "I" had gone missing since yesterday afternoon. Huh? Me? Missing? I had been here the whole of yesterday and...

Wait, don't you mean my clone that I named as Mamiko? She's can't move by herself, which leaves with kidnapped, teleported, or time traveled. The last two options mentioned is possible if the device I worked on that caused me to be what I am now back in May is with her. Come to think of it, could it have been duplicated when I was cloned? In any case, I assume the highly likelihood of being kidnaped.
We left the house with our luggage and hurried down to the hotel to search for possible clues. Contacting her directly is out of the question as she's unable to communicate. It took us quite some time to get there, partly because we had to keep looking at the map to check on how to get there. 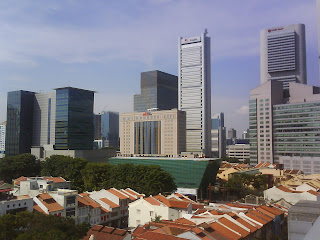 I got to the hotel and checked where my friends had checked in. They are at the middle floors, but since the hotel is one of the tallest in the world, it's actually quite high up. As it's a large group, they were staying in several rooms near each other. Apparently, she was in the room that was partly reserved for me and Haruna, so no one was around in that room when she disappeared.

I looked around for clues all over the room. Nothing seemed out of the ordinary here, but it does look as though she vanished into thin air. All of a sudden, I felt as though someone is accessing my mind right now, telling me that Mamiko had time traveled to the hospital and time plane where I first saw her as a clone of myself. They (I don't know who) showed me a vision that seemed very identical to the dream I had earlier. Seems that she's safe, as one of my coleagues is visible in the vision, though the place and position Mamiko is in is quite questionable. I told the others that I had found her and we would just need to wait.

Some time later that day, I heard several loud sounds of vehicles screeching to a halt and repeated honing. I looked in the direction of the sound was from, but did not see any accident at all anywhere, but the person pushing an empty wheelchair I saw at the sidewalk around there looked awfully familiar.

I quickly rushed down to her. It took some time from where I was to where she is and asked if she's alright. She said that she had somehow time traveled back to the hospital back home and had no idea what that guy from our workplace there did to her other than being to move and speak. As she was saying this, I hear two similar voices but at different tones: the radio on the wheelchair had her normal voice, but the voice that came out from her mouth sounded monotonous and had words like "as Mamiko explains to Saeko" added. It's hard to tell what mood she's in now, as her face would either be expressionless, scared, or sad, but based on the tone I heard coming from the radio, she sounded quite happy to see me. I then hugged her tightly, which somehow seemed rather difficult, as I cried for joy. My clone seemed rather embarrassed as I did so.

As I brought her back to the hotel, I saw that she was wearing the very same swimsuit underneath her clothes I was wearing in my dreams earlier. No wonder her body felt rather slippery when I hugged her. I need to reach home to examine her further. I could do it back at the hotel, but there are other people staying in the room and I would have very little window opportunity to do so even if they do leave as people could come knocking on our door at anytime.