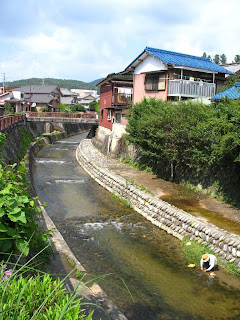 As my original body fell asleep back at home due to boredom and insufficient sleep from the night before, I actually found no difficulties moving the other around as I rode my bicycle to the train station, even with the violin case on me. It was not long ago that this same body would easily slip off from the other me on this bike after riding for just a few meters. Of course, it hurts when I fell onto the pavement back then. For some reason, I saw it happening from a 3rd person point of view when it happened, or was that the view from the other me?

I dropped by my workplace to store the device that those escapees might be after for safekeeping. I noticed that I had a pass holder contain my spare old work pass lying around at a forgotten corner in there, so I should bring it along. Since there is space for another (pass holder is large), I placed the current one on the top of the other since there wasn't another card holder for this one as I left. The manager happily waved at me as I left and tell me to give his regards to the director (Aiko Hirano's father).

At the station, I can't help but to hear several whispers and the sense of being stared at coming from behind me. I guess that this is somewhat unavoidable after this morning's news. The trains are less crowded than usual since it's still the holidays, but the timings and frequency of the train arrivals still remains the same. 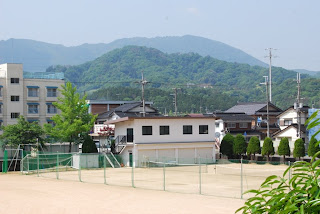 At the destination station, I decided to make a detour to my old school to see if there's any difference. I somewhat miss taking this nice quiet route. Since I'm a girl now, walking down this familiar route seems different as I feel more energetic and a greater sense of happiness that I feel like jumping around in joy. As I reached the front gate, I took a look from the outside. Seems that they are preparing for the cultural festival too, just as what I experienced last year. If I'm not wrong, the event would be held some time after mine, though mine lasts for several days while this lasts for only a day. I wonder what exactly they will be planning for this year.

Out of the blue, someone called up to me: it was one of my close friends from this school, Kenjiro Tanigawa (谷川健二郎). He asked me if I was looking for someone. I detect a slight tone of excitement seeing me in his voice. What should I tell him? Why do I suddenly feel shy when I see him? It has never happened each time I see him before today. Should I say that I was ***** Hisakawa? He might not even know who that is, but since hardly anything but myself has changed around here since May, there might be a chance that he would if what other people had known about me was changed that night was modified. Proof of that is that people at my workplace sill recognize me after it happened, though their behavior towards me has changed.

Thinking about what to say to him, Kenjiro noticed the pass that is hung around my neck. He looked at it and then looked at me closely, as though there was something familiar about it and ask if I know him. I'm tempted to say that it's me or someone I don't know, but the fact that I have some resemblance and have the same family name (on top of me having the pass for both) made me say to him that the person in the photo is my relative. Technically, this is true as the me talking to him belongs to my former clone while I'm actually sleeping back home. Another reason was that I don't want to run late for the music club's practice as, knowing him, would ask me (as a cute girl that he probably doesn't know, and is wearing the [summer] uniform of a nearby well known academy) to have a look around of their preparations and hope I would become interested in him. 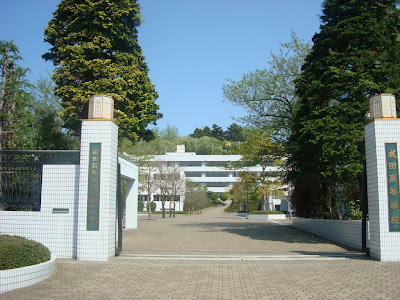 Seeing that I sill have some time, I might as well have a quick look around inside. There aren't any signs up, but I can see people with blank rectangular boards and paint, markings on the ground at areas where the thents might be assembled. I can hear several music bands playing in the air.

Tanigawa-kun then brought me to his classroom: it's the same class as at the beginning of the school year (April). Since I stepped into this school, most of the other students turn their heads to look at us. If I were a guy and is still a student here, people won't even give us a second look. But now that I am a female student of another (and a well known one on top of that) who looks cute, made even more obvious by my uniform, they would see me as a Kenjiro's girlfriend. In fact, my feelings for him have gone out of order mixed between my past and present gender. I somewhat feel out of place here.

At the classrooms, other than the plan schedule on the blackboard and some sheets of paper lying around the room, there are no signs that the classroom is being prepared for their festival. Kenjiro explains that they are just at the initial stages of planning and would start from the actual decoration around the week when my school would be hosting the festival. I looked at the class seating arrangement, which appears to remain unchanged but my former seat is now unoccupied. Kenjiro saw me looking at the section of the seating arrangement with interest. Uh oh, I can't say that I used to seat there. To my relief, he said that his seat is there (next to mine). Oh yeah, now I remember: I used to talk to him a lot in class. He added that he felt that someone was sitting at that empty seat next to his, but neither he nor anyone else knows who it was.

I made my excuse to leave from there and said that I would come back later as I am in a hurry for my preparations for my cultural festival. Kenjiro's understood and even offered to send me to the front gate. As we made our way out, I can't help but to hear people saying how cute I am or the guys saying how lucky Kenjiro is to have me as his girlfriend. I don't know why I was smiling at him and walking gracefully en route. He smiled back at me as I did so. Uh oh, I think that action I made him interested in me and is probably going to tell my other friends there about me......... oh whatever. Can't be helped since it's this body's natural reaction that I'm not used to. Besides, most of the people my school are somewhat snobbish as they come from rich or famous families and look down on the people below them. Come to think of it, what do my parents work as and how well known are they? I don't know their names as I just call them "mum" or "dad" and I only hear other people calling them by my family name.

I made my way to the practice venue just in time as there are still people walking in after me. The other members noticed that something was different about me as I put down my violin case. Well, this is the first time they are seeing my cloned body instead of my original, but I don't know what differences they see in me as we look very much alike.

Strange, I thought I felt myself rolling of the bed back at home just a while ago. What's going on with the me at home? Did I unintentionally move my original body while playing the violin? That option seems very likely.

[Author's note:I know it's somewhat short as I have trouble coming up with stuff to write. It will be merged with other parts when I put them as chapters and possibly add more content. (Looks at date of previous post) Oh, sorry for not posting a blog post for almost a week. I couldn't come up with things to post and have a lot of things to do like doing household chores. It's Christmas and Year's end after all and need a break. I did however, put up 4 new vectors at the bottom. Also, thank you for visiting my blog. I receive about 125 views across all my blogs per day.]
2nd Story story