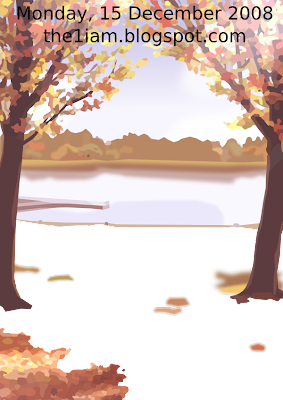 This is the vector I started doing this yesterday, 14 Dec. A large majority of vectors I had done on average takes about a day to do so as I normally do only one person, and there isn't really much details on the characters and a basic background. Either that or I omitted/simplify those.

Right now, I'm only doing the background (which is incomplete) and have yet to even start with the outline. It seems that I can't simplify this without compromising the quality. For the leaves, I made several small circles in different colours that overlap each other to form the leaves. This may take a while to complete.

The extra-large signature you see would be replaced with the regular version when it's done. 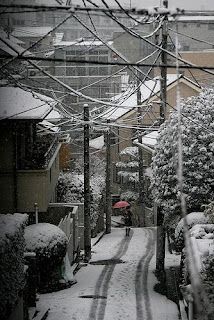 I was planning to put up part 15 back on Friday, but didn't like that version partly because, storyline-wise, it does not really get anywhere. It's hard to come up with an exciting storyline and be able to continue on.

Let's see, there must be something I didn't cover:
Also, here is some background info that wasn't mentioned partly because Hisakawa-san was born there, so stuff that are very familiar/common to the main character, but not to others, are not mentioned until there are changes: