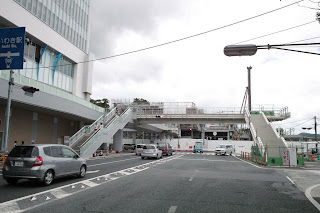 With the events that happened earlier behind us, I decided to have Mamiko examined during the remaining amount of days in the summer break. There never was a proper examination of her body since she was clonned from me.

Apart from the student council and some clubs preparing for the upcoming school festival to the general publc, the school seems generally deserted. There are people playing around at the dormitories in the school. Generally, they are filled with foreigners and people who live outside my region, most of which are studying at the college department.

Mamiko is now able to move, but is still quite weak: she can walk around unaided, but would collapse if she were to do anything more than that. Her mind is just as energetic as mine, but her body don't seem to reflect that well. 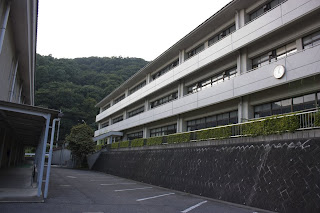 I arrived at science research and development building, but had no idea where to go from there. The design of the building reminds me of an old European building built in the middle ages but with the inside appearing quite recent. Mamiko told me that she was in the hidden lab accesable only via the elevator inside when she first woke from the hit-and-run incident.

We entered one of the elevators. Not expecting it to work, I scanned my work identification card and was surprised that the elevator started to descend downwards at a rapid speed. It was so fast, it felt like being in an airplane taking off.

After what seemed like forever, the elevator doors opened. Behind those doors is the director, who looked as though he was expecting us to appear. The room behind him is the largest research lab I have ever seen. (Mamiko looked as though she was here before.)

The director told me that my collegue did all that he could to "fix" Mamiko back around end-May or early-June at the hospital (So that's where she went off to.) as he attached wires around me and then into some capsule. Mamiko, however, only had one thick wire attached to somewhere I can't see somehow.

I don't know what he did to me, but my mind feels somewhat overloaded. I also seem to have memories of having fun with my friends shortly before being hit by a van, and people looking at me the following day when I'm all right. Wait, those two don't add up because I remember being at work when It happened, but at the same time I remember being hospitalized and not being able to move. I don't get it.

I was let out of that capsule when I opened my eyes, but I saw something odd: one vision had the lights hung directly above me, but on the other, which I thought was my right eye, had it appear hanging somewhere on the far left of my view. I got up to see the other me: she's not moving, but when I looked over her, one of my visions had myself looking over from her's point of view.

Looking at my confused state, the director told me that he had merged my mind with that of my clone, but unable to do so for the body. The good part is that I am able to directly control it and is somewhat more invincible than the original body. I don't know what he meant, but controlling two bodies at the same time is confusing. The only way to tell is that the clonned body has a "swimsuit" that I can't remove. I don't know how it got on back then, but with it, I don't need to bother with feeding or the need to go to the toilet, though I still need to do so with the other. 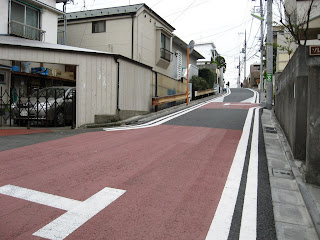 I'm sitting on the bed at home, staring at the-body-that-used-to-be-of-by-clone-but-since-merging-with-my-mind-it-is-now-my-spare-body that is sitting rather lady-like. I never sat down and thought about it before all this chaos started in May, but I'm somewhat attracted to her with how big her... oh wait, she is me. What was I thinking? Anyways, how do I take control that body? I already can see from it, so maybe I can tell if I were shake the arms and legs among other things. Okay, now I can tell which belongs to which, roughly. Oh, in case you were wondering how I brought it home, I had it stuffed in a box and carried it back. The feeling to that is kind of awkward: I am suffering and sufocating like crazy with my movements restricted inside that box, but at the same time I am carrying that box happily and not caring about what's inside (apart from it being bulky and heavy). If I don't, just trying to get home would be a mess as my famalarity as to how to move my body is messed up and therefore, had to restrict movement of one to make things easier.

As a member of the music club, there are practices for the upcoming school festival. There weren't any practices during the first few days (which was when I went overseas) and tomorrow would be the first day. To tell you the truth, the scenery of the practice area is many times better than when I was at the other school: the best is under the shade of a large tree with a view of a large with rocky shores and green fields and matching trees, sculpture and buildings in the background that are surrounding the lake.

On the morning news, to my horror, the duo who had attacked me had broken out of jail and the police are on the manhunt. The news caster said who they were after was "classified information" but did say that the victim has been raped and run over by them. It's obvious that the victim they are referring to is me.

Just to be safe, I would send out the cloned body to school while I stay at home and lock all the doors and windows to the outside for safety. That body is more capable of overcoming them, or at the very least, defending from their attacks.

[Author's note: There is a rejected version of this part, which may explain why it took so long.]
2nd Story story