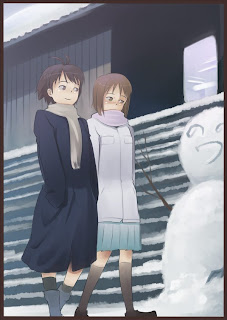 After I had done putting up the outlines of the vectors I had done and correcting the mistake I made (13 Dec as Fri instead of Sat) of the most recent vector, I had noticed that as my most recent vectors are more detailed than when I first started (v0003 was edited later on), which results in the file sizes ranging from 500-900 kilobytes. Largest I have is 1.44 megabytes.

As these appear on 4 of my blogs, including here, they can take up some time to load due to the size. More noticeable on computers with slow connections. Images larger than 1MB on most image hosting sites would be reduced to a smaller size. I have been aware of this for quite some time, but wasn't sure if I should do something about it. I would be reducing the width or height (whichever is the largest) from 1800px to 1280px. I don't need it to be so large anyway. I had tried 1600px, but was still too large. 800px and 1000px was also tested, but found it to be too small.

I'm not sure how much space would be freed up, but before correcting the mistake mentioned at the top, the file was 909 kilobytes. After doing do and corrected it, it's now 550 kilobytes, a reduction in size by 1.7 times! Minor changes like changing of typeface and its colour would be reflected in the newer version. This may take some time. URLs of the image (ones hosted at Photobucket) would remain unchanged, but may be unavailable during the transition period.

P.S. I forgot to insert a white background and to correct the mistake in the date of v0045... Also, images hosted on Blogger/Picasa-Web are difficult to change.