Showing posts from May, 2009
Show all

May 30, 2009
Wanting to finish the device and with permission from the director there ( I can't believe he just said yes after looking at me just after stepping into his office ), I brought it back home. Since it doesn't look anymore like a watch a a glance, I wore it on my wrist. It was design to be worn there anyway, but it doesn't feel like I'm wearing it when I wore it. Even though I made and programmed this, it was someone at headquarters who designed it and I would just blindly follow the instructions. Since the instructions were not specific, I would just think of how to accomplish each task given without even knowing what I'm making. Looking at the design and what I had been doing with it, I'm guessing that the external appearance is to deceive people to think that it's just a normal watch while it's actually something that I would see in spy movies. But what? Sure looks futuristic to me. I headed to the lockers to take my stuff and to put things that I wou
Post a Comment
Read more

(I uploaded a JPEG version of this, but it mysteriously disappeared on the image hosting site...) I have used the Windows 7 32-bit (x82) beta version (build 7000) back when it came out earlier in the year. After discovering that my laptop (Acer Extensa 4620) could run 64-bit (x64) version, and with the release of the Release Candidate (RC) version, I decided to replace it. During the installation process, like the beta, I have to select customize instead of upgrade and select the drive to install on. Had to be careful with this part as there is a long list. Fortunately, the name of the drive, capacity and the amount of free space are shown. Although I have already backed up my files on the drive, formatting the installation drive was not necessary. The Windows folder from the beta had ".old" added to the name. Since I don't need it, I deleted it. Like the beta, there is the feeling that it's somewhat different from Windows Vista. I have used Vista since 2Q 20
Post a Comment
Read more

An original story by me (Spin-off Part 1) 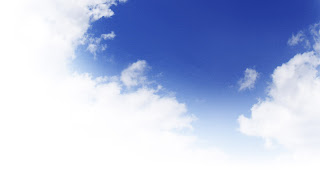 Nobody knows how exactly the doll was made or how old it is. It may be an ancient artifact, but it looks quite new to be so and is surprisingly durable despite how fragile it looks. One thing's for sure though, there have been rumours where a lot of people have come across it and some time after finding it, they would want to get rid of it, or would disappear when their attention on it is at the lowest since coming across it, or had something bad happening to them. All had possession with the doll or was with someone that had the doll. The latter knowing anything of the doll is not necessary. Due to it's time-traveling and age-proofing properties, organizations researching on the doll and coming up with theories that may involve the doll are having a hard time tracing its origins and what the doll in a particular time had or had not already went through as compared to that of another time. For example, it's made in Time C, but may travel to Time K and then to Time J, the
Post a Comment
Read more

The story of a North High student (Part 1)

Note: This part based on The Melancholy of Haruhi Suzumiya (涼宮ハルヒの憂鬱) novel, but summarized in a 3rd person point of view. Reason I'm doing this is that I'm stumped as to what to write for my stories. This part, however, has too much important details that very few are skipped. Kyon never believed in Santa, he knew that that the Santa that appeared in kindergarten was a fake. However he still wants to believe that there are aliens, time-travelers, ghosts, monsters and espers. After middle school, he completely grew out of that fantasy world and became grounded in reality. Mankind did not go beyond the moon in 1999, let having anyone to take a trip to Alpha Centaur being possible in his lifetime. As for the name "Kyon", his aunt that he has no seen for a long time started it with "My goodness, Kyon has grown so big!". His sister thought that it was funny and his friends called him that too when they heard his sister doing so. Kyon's life was just a
Post a Comment
Read more

In the post I put up before this , I had trouble typing the lyrics with overlapping characters in various sizes. In the left of the image, do I type "ああ" or "あぁ"? "好き" or "女子き"? "せつない" or "せっなり"? "大丈夫" or "丈大夫"? "か5に入" or "から二人"? "い", "II", "11" or "り"? I know what it is by looking at the rest of the lines, the ones around it, and playing the song, but it's hard to read. (I can't even read my own handwriting...) It gets worse if it's cursive or text from the 19th century AD or earlier. As for listening but don't have the official lyrics,"フルスロットな脳内" (Full slot na nounai) could be misheard as "Full Throttle wa What am I?". If you have looked at the lyrics and hear the song at the same time for Lucky Star (らき☆すた) opening, you would find that it's hard to follow. The most obvious is the "曖昧3センチ" (At v
Post a Comment
Read more 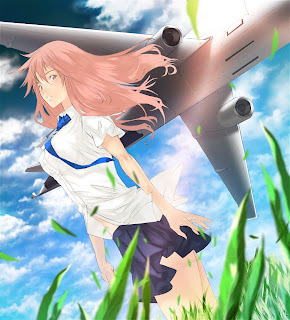 Heading to bed to rest after a long day of work would have me to fall asleep. However, if the day seem to pass by very quickly or still have full of energy by bedtime, I would probably have trouble falling asleep. Most likely because of something that I may or may not be looking forward to. Well, even if I manage to lie down to sleep out of tiredness, I would still be mentally awake but with my body sleeping and therefore lay there helpless and can't do anything until I actually fall asleep out of boredom or when the time to wake up arrives. I might also be able to hear people's conversation nearby even though I might actually appear to be sleeping to them. This happens very rarely though. As for dreams, I don't really remember what it is, after all, based on my memories and won't be able to recall some time after I woke up, but I know that it's weird. One weird dream I had was that I was falling off a building or cliff and hit the bottom. Even though I actually f
Post a Comment
Read more

In the preview for K-On episode 8, I spotted Ui (Yui's younger sister by 1 year) to be wearing the Sakura High with a red ribbon on it. It's not obvious due the primary focus on other members. With the fast-paced nature, with the previous episode being Christmas and New Year themed, this episode seem to be exactly a year from episode 1. Looking around, Azusa Nakano could also be joining them. With them performing at the Budokan before they graduate, and 5 episodes left before the end of the spring season, I wouldn't be surprised that K-On would have 24 episodes in total. I know I'm behind on doing this, but I had just posted my writeup on episode 4 earlier today, where they head to the beach. Far behind enough that the widescreen (and uncropped) version to be avalable. Why are they are wearing maid costumes? Probably having a club showcase for the newcommers or something.
Post a Comment
Read more

(was doing v0079 when I came up with the idea of doing this) I rotated the individual parts of v0003 among other things to get this. Mixed the background of one vector with non-background versions of other vectors to get this. I would like to add more, but found not to be suitable due to the lighting, insufficient areas of the character are vectored, or risk crashing the editor after adding too many. Earlier, I tried to create a nice Twitter status widget with HTML with code based on my navigation menu, but conflicts with other HTML-based Twitter status caused it to appear messed up. In the end, I reverted back to the Flash-based version (though a different theme) in its place. Discovered new code during the process though. I changed the images of the navigation menu again. I have changed from Taniguchi from the infamous "Wasuremono" scene , to Mio looking out of the window (just before CM break in K-on ep6), and now, Yomi of Ga-rei. I have yet to figure out how t
Post a Comment
Read more 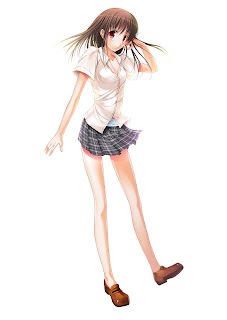 (Continued from Part 25 ) [Mamiko's point of view of what happened from Part 24 ] Saeko received a call from Kotomi asking for help urgently for Kotomi's school festival tomorrow. Saeko and I came across a shop near the train station along the way. I don't know why, but those pretty things they are selling at the shop attracted my attention. I can't help myself but to check the stuff there. I don't know how much time had passed, but Saeko has quietly left me behind and found out that she's now quite close to that school. I know we can read each other minds, but can't she at least tell me that she's leaving? She has never even spoken a word to me since the night after we gained the ability to read each other minds , although this could be partly my fault for playing with a machine I know nothng of that had me end up in a cloned body of myself in the first place. Hold on, does that mean that my current mind was separated from my original? If not, then wh
Post a Comment
Read more

(a slightly updated version of this post ) On some of my blogs, I have changed the images with this new style. I wanted to do this earlier, but didn't know how. Turns out that I could use an image-editing software that has been installed on the computer, but rarely used, to do this (GIMP). All the time, I was trying to see if the program I had always been using (Inkscape) has this feature. I still need the latter program for sizing and cropping to the exact dimensions though. For example, if you were to hover over "Anime", the new version should display as the background. For the older version, it would be or, if I didn't modify as a result of the recent resizing of square thumbnails, . Notice the gradual transparency. As there are some problems with the colour scheme with these new images, I might need to do some adjusting or even replace with new ones. I might also have to remove the borders and that background colour when hovering over text links anywhere on th
Post a Comment
Read more

I was playing around with Google Maps to see what places I have never been to looked like at street level and was shock to see a particular street that has a long row of people posing for the camera at such high resolution without face blurring. People were holding up sings that range from "x loves y", "hi mom" and even "engineering". People were even holding up bicycles, large balls of various colours, and even wear clothing or do actions that sticks out. Here are even more pictures of the place:   Wonder what's the occasion or how many people are there....
Post a Comment
Read more
More posts