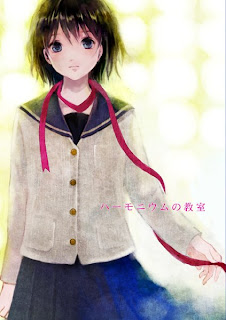 I was patiently waiting for "Fullmetal Alchemist: Brotherhood" on TBS by watching some golf tournament that came before it on the old 29" CRT TV bought in 1997 stored somewhere in the forgotten corner of the house out of randomness. It was replaced by a newer 32" LCD widescreen TV in 2007/8 when it was obvious that the older TV was breaking down.

Guess what? Just before the golf tournament ends, there were weird noises from inside before a smell similar to the time I (somehow) inserted the RAM on a 2005 motherboard wrongly and turning it on. Upon hearing that, I quickly unplugged the TV from the socket. The smell, that was not new to me, lingered the room and the surrounding area through the doors and windows.

At that time, my laptop is connected to it via 3mm to RCA jack cable for audio and S-Video to see if months of non-usage made any difference. Good thing that it's grounded, because the TV is not grounded and can still sense electrical static inside. Knowing roughly how CRT screens work, the static inside could last for several months.

As to what happened before problems started, the labels on the (oddly-shaped) remote came off and easily gathered dirt. The cover of the battery compartment kept falling off. Soon, the screen went funny from having the image squished into 1/6 of the total display area and back, and sometime later, the colours would alternate from regular colours to yellow-ish look. Problems that persisted until it was spoilt include:I'm glad that LCD screens are replacing CRTs. Not only are they easier on the eyes to look at, it takes up less space, weighs a lot less, and consumes less electricity.