Showing posts from May, 2010
Show all

Alternate Dimension: The Other Saeko 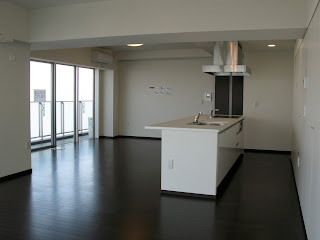 [ Author's note: In reference to the Saeko mentioned before Part 35 , but takes place just a few years after Part 52 , the latest part I had written at the time of writing.] After we look through some paperwork behind the apartment we are buying at inside the unit in question, I signed the paper that has the names Haneda Keiichi and Haneda Saeko on it. Yes, I am married, with my maiden name being Hisakawa. We took the same train and the same carriage between Kamisugi and Inami (with Katsura in between) since middle school, but never really talked to each other. I have this feeling that he spotted me more often than me spotting me, as though he had predicted that I would take a particular train at a particular time just to look at me. He was so shy that I didn't notice him until my graduation from Mihara Academy as a student where he confessed to me. In fact, he was on the train that had killed Miyazawa Kotomi and spotted (a clone of) me crying a lot and the only one closest
Post a Comment
Read more

May 16, 2010
The greenery and the Victorian design makes me not think about how old the buildings are. The only ones that does say its age are the dormitory buildings, which is built fairly recently. Upon arriving of the place Itsuki wanted to bring me to, I realized that there are even fewer people working here than the Inami branch. In fact, instead of a male majority at any given place, there are exclusively only females here, or at least appear to be. Itsuki: "Saeko-chan, relax. I don't have the intention to torture you as usual as I lack the gene that makes me do so with my current form, so I don't have the mood to do so anyway. We brought you here as we noted that you are very likely to end up here after you graduated from Kamisugi High and that you might get very frightened if you were to suddenly gain knowledge about guys. Your damaged brain tells me that it doesn't know what guys are at all." With that, he made me look into something that resembles a microscope
Post a Comment
Read more

May 08, 2010
Seeing that buying the upgrade disc of Windows 7 Home Premium didn't go through so well after I saw the price and it having the controversial copy protection on it, it just isn't worth my money on it. So, since I've been wanting a PS3 since it's launch and me being deprived of happiness inside me for a long time (years, in fact), it seems a better choice. I know it seems silly to compare an operating system upgrade disc with a gaming console (plays blu-Ray too), but both are something I have been wanting and costs a lot. Having used Ubuntu before, that first option doesn't seem likely. I've observed some issues like the 1st March 2010 clock issue, the recent removal of the OtherOS feature, and other issues. But these doesn't matter to me. I've also been looking around for the prices too. I know of places that sell cheaper, but those are usually the last I would check. Also, I have to check if it's the original version or the newer slim version. S
Post a Comment
Read more

May 03, 2010
I found out that this Fatt Guk name that Takagi mentioned actually refers to the Hong Kong division of the Hatsuya institute as a result of reading the kanji wrongly when registering the official name there. I'm mysteriously still alive after being shot in the head somehow. The story that was told to everyone was that it was not fatal enough for me to die, but the actual truth is very fatal. The part of my brain that is damaged only made me forget... something. If I know what it was, that wouldn't be counted as forgotten. They did tell me what it was, but my brain can't process what is missing as though it never knew what it was. Although I still need bandages around my head and legs, I was discharged from hospital three months later and they sent me back to Kamisugi. They said that I would be able to resume back as before the incident within 4 years the most. However, the 3 months means that I've missed the school festival in September, and the winter vacation is not t
Post a Comment
Read more 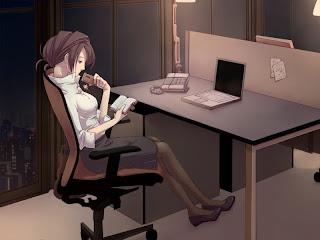 So, just after I called Saeko regarding the programming convention in 2005, I had some time to myself in this ridiculously large office. It was not easy obtaining information from her as she seemed to change subjects due to the fact that we are too close to talk in a professional way. I mean, if I were to talk to my mother as the head of my branch and her as the client, I would have to talk to her professionally. But since that client is my parent, I am very tempted to talk informally and off-topic as compared to someone I've only known at work. Also, I don't know why I see my children as nothing more than living things that came out of me and wonder how my body is able to make them. I mean, I know about the human reproductive cycle and, I don't know: it's like I'm studying about what humans do and the cycle of life, but didn't think it that I'm a human too and did not think that it would apply to me until it happened. Anyways, this visitor who had greet
Post a Comment
Read more
More posts