Showing posts from May, 2011
Show all

May 24, 2011
Yuko had called me to her office as if there was something important to talk about that gardener and wanted to bring me away as if I would encounter something bad if I didn't. Yuko: "There you are! I've some shocking news for you: That gardener you spoke to earlier was the high school principal of me and Kotomi. He looked like this and had visible health problems when I graduated." Yuko pointed to an old man in a photograph, which doesn't look like the young female gardener I saw earlier. Me: "Are you sure that's the same person?" I'm trying very hard to not be distracted by Yuko's appearance: there's a noticeable change of the colour scheme since I last saw her here, and she seems to be wearing black stockings that covers her legs completely. I've also noticed that the staff working here has their uniforms changed, though different from Yuko, who is the supervisor but she claims that she isn't and there aren'
Post a Comment
Read more 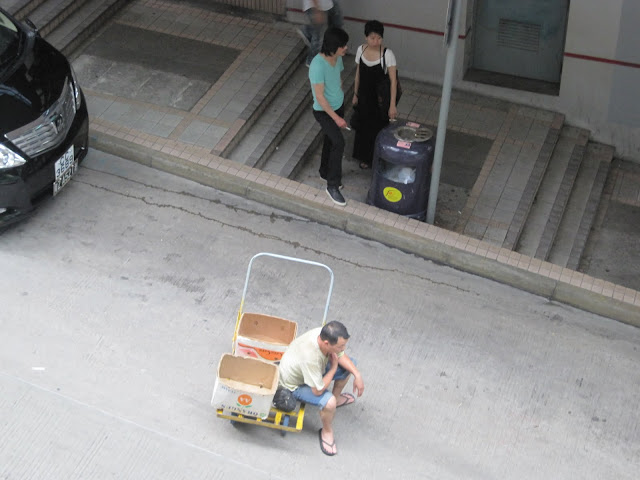 May 08, 2011
I saw two different versions of a file that has been indicated to me: the highest quality that this old computer could play without problems (very low quality by today's standards), and the other in it's original definition that this computer is not capable of playing, but computers that are, at earliest, 10 years old, that are even capable of playing it smoothly. Not really wanting to bother transferring the higher quality video out, I chose the lower quality video. The date created/modified on the file can't be trusted. Some computers on which the year has not been set has years like 1970 or 2022, which is certainly not right, and if you create a file or save an edited one, that wrong year is reflected in it. The video is not dated, but I could see era-specific things like mobile phone models and display screens. So, judging from those, it's probably, at earliest, at the turn of the current century: Just as I thought it's in a specific year, something newer than
Post a Comment
Read more
More posts