Showing posts from December, 2010
Show all

December 20, 2010
Kotomi's unexpected immediate departure after attending the funeral of Nanami's family on the same day as her arrival left Itsuki and I speechless, but at the same time relief our fears of the possibility of bringing her to our parent's house as there's the mess and questionable things left lying around in there. Our parents already knows about Itsuki's change of appearance when wearing his work attire (mother is always at home when Itsuki comes back), but they were not told to not say anything about it to Kotomi. Her graduation day is just a few months away, so I'm guessing that she is busy preparing for her final exams or project. I don't know when exactly her graduation day is, but I know the school year there starts in September instead of April here. Our parents already see Itsuki and Kotomi like a married couple since they first met the latter. They say having a girl who is pretty, with grades far better than him, and her loving him like she can'
Post a Comment
Read more

December 06, 2010
Being the head of this branch for some time not only means that I know more of my staff, especially the senior ones, but also my set of personality differences for family and work gets blurred. The office is filled with copies of certificates I received, and family photos. I've been here for almost a decade to have me decorating the place, but most of the things do not belong to me. They either belong to the company or the supervisors of this branch before me. Golf and traveling brochures hidden in the drawers serves as a reminder of how much they do not care about the staff. My picture at the end of a row of portraits of supervisors who had been here, and their years in office below the picture in the frame, tells me that I'm the first female supervisor here and had been in office for longer than each of the previous supervisors. Although that's a fact, I don't actually care about that, but my colleagues (including from headquarters) kept praising me for it. The years
Post a Comment
Read more 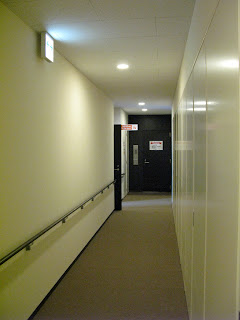 From what I have discovered as I wonder around, here are some things that publishers/broadcasters do to indirectly say that they do not want to be well known or make more money. That is, assuming that the subject in question has nothing wrong with it. Use " copyright infringement " as an excuse to remove free promotion by others. With these videos removed, fewer people would know about it, and popularity dropped People who have heard about the takedown might have lost interest about the subject that has been removed and would boycott any future releases of the subject concerned, or even the party that has requested the removal If (1) doesn't happen, they might just block it, place ads, or mute the audio. Limit viewing to only certain countries and a few others. People from countries outside the allowed places can't view them, even if the person viewing it is form the allowed country, but on a holiday or working/studying overseas. Munchy Crumbs iCylinder Koro
Post a Comment
Read more
More posts