Comments about the transport changes review

January 30, 2008
I wouldn't be surprised if the ERP charges eventually add up to s$36 a day or more. Seeing that new rail lines won't be completed until 2010 for circle line (which goes around the outskirts of the city area), and between 2016 to 2020 for the planned lines, the frequency of the trains, especially during peak hours, should be increased until everyone can get a seat, (My teacher said that the trains in Seoul arrives every 30 seconds.) On top of that, people should encourage cycling instead of driving if it is within the 5km radius to wherever they are going. Also, biycles, not just foldable ones, should be allowed on board trains and buses. Bicycles are more energy efficent than walking. 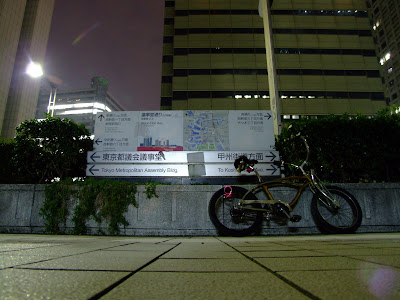 Anyways, tomorrow (31 Jan), I have a lot of school things to do. I have Business Statistics test in the morning along with the RovingDV something at Ahmad Imbrahim (they never say pri or sec; both are some distance from each other) from 8am in Yishun. For the latter, I was only informed eariler (by message) today to apply for allowed leave, but I couldn't find the apropriate persons to sign it, so I won't be going. Also, for the SC, there would be a meeting at 3:30pm. I'm guessing that it is something to do with the graduation ceremony for the Apr 2006 intake held the end of February.