January 29, 2008
I was happly doing stuff yesterday night and then I decided to play music on iTunes when the program froze. I suspected it had something to do with the sound driver I had reinstalled earlier. So to confirmed, I opened a random music file on a different player when before I hear anything, the PC suddenly restarted. After I restarted, I tried to play again on iTunes (which appeared automatically since it was open before it restarted) but it suddenly restarted instead of freezing. A Windows error report indicated that it was caused by an audio device and had to (suddenly) restart to prevent the problem from worsening.

I used the system restore to Saturday, 2 days earlier, so everything went back to normal, including programs I uninstalled on Sunday. Then I open Mozilla Firefox and to my horror, the settings were reseted to what it would be if you freshly installed it, on top of the long list of bookmarks. Since I use it frequently, I don't have the recent backup on backup on other browsers or elsewhere other than some stored on iGoogle and an archive dated several months earlier stored somewhere. Strangely enough, the themes/skins, plug-ins and cookies are left untouched.
Oh well, at least I can remember the URLs of the sites I go these days. 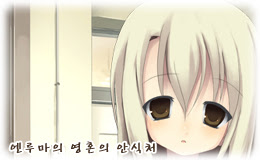