January 14, 2008
*cough* 2nd (and 1st) YouTube account got suspended for reasons in detail not mentioned. I don't care about youtube anymore, even before it got suspended. It's not linked to my google account though. *cough*

The PC that is connected to the TV and the home network in the living room took an unusally long time to start up. At first, I was watching a video streaming from another PC when suddenly, part of the screen froze and eventually no image (it said "unknown signal" and eventually "no signal") appeared.

I bought the PC (or rather the motherboard/mainboard because I already have everything else) 2ndhand from someone. It was intended to replace another PC that has 450mhz and 364MB of RAM (that is still working as of today). Sometime later, the built-in VGA port stopped working. Also, the speaker and LED indicator (which came with the casing) for the power went out, though the one for the harddisk activity is still working. The cable for the floppy disk drive (which i don't need these days) is too short, so I left it out. Went out to buy the video card.

The type of video card is (at that time) is not common as there is a newer type of video card. Managed to find the correct type. (The router was bought some time later after I got my laptop and switching to a faster internet "plan". Before that, I used the PC to PC ehernet cable (i forgot what it's called) or via a portable storage device.

Now, when I try to turn it on, it seems like everything is normal until I look at the screen and saw nothing (actually a "no signal"). I looked at the PC. What I saw was that the hdd LED indicator remained on (not blinking) for a while before it goes off repeately. The HDD, CD/DVD drives and keyboard behaved as though I have just turned it on, repeately. I waited for several minutes, doing something else. Yet, still nothing, even after pressing the keyboard. Maybe if I wait much longer and see how it will turn out. If it does work, I won't turn it off unless necessary. The other pc also has problems but so far, the problem that is annoying is that the built in LAN does not work (I heard 2 quick beeps when starting Windows XP), so I had to use the old modem that I was using before upgrading the internet plan as a "bridge" to my router and the new modem.

I think that the fact that it took quite a long time between the time you turned the pc on and the time you see something on the screen and/or a beep is a sign of a failing pc. As a general rule, PCs are normally replaced every 3-4 years. So, if you are considering getting 2ndhand, make sure that PC that is made after 2005 or is running windows XP with the Vista capable sticker on it, unless you plan to run on Linux or something like Office, programs that meet the requirements of that pc (unlikely to be found as new in stores) on it. For a new PC, just get a Mac OS X (the latest of course) or one that can run Windows Vista Home Premium without lag.

If you just want a pc to watch on your TV from your other PC over your home network, get VLC player (works on all OS) or CCCP (windows only), a pc you want to stream from connected directly or via a router, a display (or adaptor) that can support VGA, DVI, HDMI or S-Video, and an audio cable (may be included as part of HDMI). 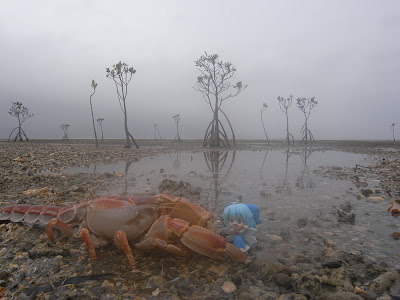