The "so-called" story that came with my friendster/blogger account

January 26, 2008
I got sidetracked from my original intention that I ended up typing stuff for this blog on another. So here it is in its original format: 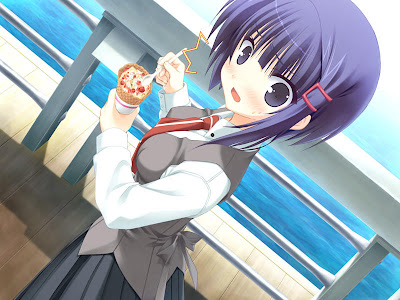 Seeing that my friendster accounts are rapidly reaching the 3000 friends limit (mostly anime fans from southeast asia), I am preparing another account that was created in November 2007 to accomodate it. It would appear in the featured friends list when ready. Until then, do not add me there yet.

What I am planning to do with this account is to be different from my other accounts. Exact details are being worked out right now, including getting around technical difficulties. But if you look at my other accounts (as featured friends there), you would guess how it could be like and the similaraties that are to be avoided to give the impression that it is created by a different person (but is somewhat related with the 3rd account). This could take some time, though what could appear on my other accounts could appear on my 3rd account first. Due to the changes, there could be changes outside friendster.

This is a tough one, so don't rush me.


If you have been paying attention, you would have seen the family name 「高橋」 (Takahashi) several times. Here is a so-called family background to make it as real as posible (like a novel) [some of the things below might be repeated by Yukari from her point of view later on at her blog]:

Yukari (ゆかり) is currently in the 3rd year of high school and is currently preparing on taking entrance exams at various universities, including Toudai. She is good in all fields from sports to mathematics to foreign languages wants to be a research scientist and help people around the world. Not long ago she was presented a scholarship that few in the world can get in front of many people and cameras. However, she does keeps a close contact with her uncle and is also aware of the existance of an older twin as she has the ability to gain additional knowledge from her other twin and know what her twin is doing, seeing and had learnt. (She was also surprised that she saw herself on TV from her twin's vision, which is confirmed when her uncle calls her to congratulate).

Haruka (はるか or 晴佳) is the older twin of Yukari. She grew up overseas with her uncle since shortly after birth and is currently staying studying there. She didn't know why she had a japanese name or learn Japanese or had younger siblings (though she has the feeling of someone accessing her mind) until some time after she completed secondary school (kind of like middle and high school combined) when watching the news (with her uncle) and saw a girl on the news for being the smartest persorn in the world and received a rare scholarship, worth several tens of thousands US dolars, who closely resembles her physical appearance and has the same family name. She then asked her uncle to go to her parents house together to visit them since she have never seen them since she was a baby and had a very long break since she just completed secondary school and the polytechnic would not start until half a year later.

Youko (陽子) is 3 years younger than the Haruka & Yukari twins (she isn't aware of the existance of the former but wonders how the latter is smart) and is still in Middle school. She would what you say average; have some friends, having fun, 75% passing grade, etc. She does't know about her existance until her uncle (whom Haruka is staying with) called Yukari and would like to come over for a visit. She lives with Yukari and parents. (Though due to cumstances, she is the only one among the children the parents are able to talk to.) 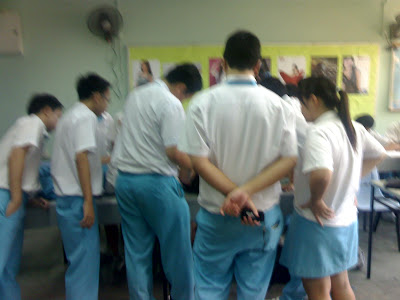