With my list of things that I want to do and buy, but have yet to do so, getting longer and costing more, I have to avoid spending some of the things on the list to make sure it does not eat into the money in the bank. However, what my parents give me each month is only half to one-tenth if my spending wasn't restricted. Even though my parents pay me for things like clothes, food, school stuff, cell phone bill, bus & train traveling expenses, and practically almost everything since I was young (yes, I am that spoilt) , I shouldn't be relying on them too much.

What are the list of things that I want to do? Here's some: 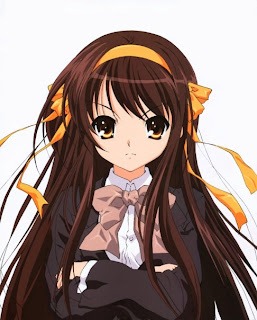 As I don't want it to dwindle any further, you might have noticed that I have stopped updating the newtype rankings lately. That's because it's not pratical to buy it from where I bought it from. A check with an online store means that I would have gotten 4 magazines if I were to buy from there than 2-3 if I were to buy it from the usual store. If you were wondering what issued I stopped at, it is the June 2008 issue (the one on the right is on the front of the July 2008 issue).

I'm thinking of working either at a fast-food restaurant or supermarket first if I were to start working.

There are other ways to get money. One is to sign up and take surveys or paste their stuff all over my blogs. However, these won't earn me much unless the latter is popular enough.