Summer 2008 Anime I will be watching 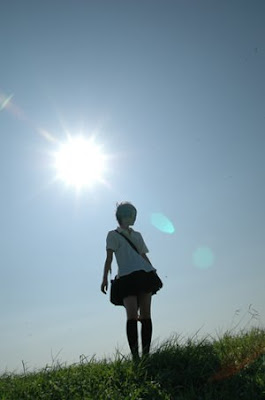 With the spring season coming to a close, summer has started with shows like ドウアーガの塔～the Aegis of URUK～ (The Tower of Duraga: The Aegis of Uruk) and 図書館戦争 (Library War) just ended and shows like コードギアス：反逆のルルーシュＲ２ (Code Geass: Leouch of the Rebellion R2), To Love-Ru (とらぶる) being carried over. The spring season saw many anime being dropped, with most at the first episode and some like Persona -trinity soul- (Winter 2008), Special A, Kamen no Maid Guy with more than half-way through the series. Shows like Duraga and To Love-Ru were previously classified as "Not likely to watch" but managed to watch it to the end or still watching it now.
Besides テレパシー少女蘭 (The Telepathy Girl Ran), which actually belongs under Spring Anime, there isn't much new anime that interest me, but nevertheless, I shall list them anyway. Since there isn't much that interest me, I'll just list them (shows that actually caught my interest are in bold):
In case you haven't guessed, the image on this post is a screenshot from a Death Note movie spinoff of the guy with the white shirt with blue jeans in that screenshot.

PS. I'm not sure why I'm posting this here instead of my anime blog. I'm also thinking of converting one of my blogs (currently called "Archives of the school papers") and the URL for the Japanese version of this blog. But with a lot of other things to do, that is not likely, for now.
2 July 2008 19:44 edit: Thank you, Yukari (高橋ゆかり) for helping me to put up both the English and Japanese versions. She also helped me to put up an image (which looked very much like my current Facebook picture) on the posts. I don't know why the link to the English one has "spring" in the url or has my name as the one who posted it.