What I do while in transit 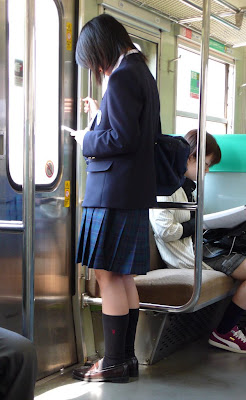 The long trip home can be quite boring. Even more when I have nothing to entertain me and have no intention of alighting at the stations en route to buy something.

I would usually listen to my iPod Shuffle™, watch videos or play games on my PSP, or read a book/newspaper (most likely manga). I would check for messages on my mobile phone from time to time. Without these, or when I don't feel like using them, I would find myself staring at people, looking out of the window, or be "amazed" when the trains departs and approaches a station with the train announcements or how the bus moves through the traffic and stop at the bus stops, the door opening and closing, and how many people boarding and alighting. For your info, there are about 20 train stations between the one near my school and the one near my house with the city downtown somewhere in between. The number of bus stops is double to that of trains but travels on the outskirts of the city or through other towns, depending on the route.

If I were to take the subway (train) home, I would have difficulty finding a place to sit most of the time. I would face difficulity like neck strains if I were to try to read while standing. When I have to transfer to another train line along the way, especially in the evenings, the people would be packed like sardines. I know how squeezy it can be because I would be standing at the small space on the train with people in the 5-30cm radius around me. Some people were trying to push their way to board the train. In this situation, it's quite difficult to adjust my music player or do something else without bumping into someone else. I would also have to watch out for people who touches me unnecessary. 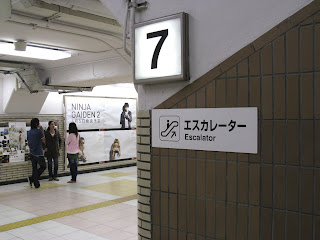 For the bus, finding a place to sit is not a problem, even during peak hours, as I boarded from the bus terminal. However, I might face a pack bus along the way. To get around this, I would take the direct bus that brings me to the bus stop 1km away from my house. Another way is to take a train towards the north or 2 buses in the northeast direction, followed by taking a bus that heads towards the airport, and finally a short bus ride from there that stops about 600m away from my house. The route in reverse (except taking the train part) is useful when heading to school as it bypases the conjested routes and the buses are relatively empty unlike other routes. The problem with that is that 4 bus transfers in each direction are involved, followed by long waiting times (especially when the bus just left), not knowing when the bus would arrive, and probably the most expensive route among all the other routes (except via taxi) that I wouldn't bother taking unless I have a valid monthly bus pass. The average travelling time, including waiting and walking, is the same as if I were to take the direct bus or the train.

In both cases, my, erm, "bottom" would become painful if I were to sit down continously for about an hour, shortly before reaching my destination.

Due to the distance and the bicycle-unfriendly things along the way, I don't cycle to school, even back in middle school. I didn't have a bicycle or know how to cycle back in primary school.