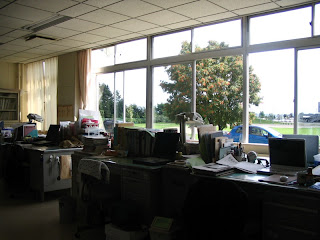 Speaking of my wedding, the date my parents had gotten married is several years after my birthday. I mean, how is that possible if my birthday is earlier and they are both my parents? If I were to subtract my age from my parents' current age, my current age is already over the age my parents had me. Something is not right here: they had either adopted me from before I even knew what was going on or had me when they were still teenagers. Besides that, I can't think of any other reason. There's something my parents aren't telling me.

Not long before my wedding with Itsuki, we packed our things from our respective parents' house. It wasn't easy since they are scattered all over the house, not just in the bedroom. Add that to the size and weight and bringing them to the new house. Since I was the only child in the house that had their own room, Izumi had slowly been moving into my room since Shin'ichi has been creeping her out because of "his age". I've seen her textbooks, clothes, snacks that I don't eat, photos of Izumi with unknown people. I first noticed this when I came back from my university studies in Califonia last year, but not as much as now. (I even saw her writing an essay from 6 years ago about me. The way she wrote it back then... I'm speechless.) Since we only have Saeko's car to transport everything, some of the smaller items were sent via the postal service to minimize the number of trips between the our houses since the distance is already quite far, let alone taking the train.

I don't know how popular I am, or see what is so great about myself, but the people that knew Itsuki that attended the wedding on how lucky he is to marry me. Of course, there's a lot more on my side, and people we both know. They're mostly from high school and most of the Hatsuya research institute people. There are so many people, I can't tell who the unfamiliar faces are or who was absent. I feel pity and sad for Saeko since she was supposed to be in my (now) husband's place if it wasn't for the 2006 incident, but her gender change and cloning (that wasn't her doing) forced me to marry her original body (Itsuki) so that we could be together without raising awkward questions and objections from everyone. I seriously don't care about whoever is in Itsuki/Saeko's original body now but I'm still mysteriously attracted to him even though I knew otherwise. I don't even know myself, and there are even people who knew more.

I've lost track of time. Saeko has been to countless number of schools, I've to take care of a noisy tiny human that mysteriously came out of me after what I thought I was growing fatter for more than half a year. Wait, you mean that thing is my child?! As in what I am to my parents? My mind is confused as to what was going on. Sure I would like to have children myself, but I wasn't expecting my body to actually make them and have them to come out from my bottom. My uncle Kenjiro is not helping by shouting "Yes! My lifelong experiment has finally showed some final results!" in front of me from the moment he saw my baby. What on earth is he talking about? Except for mom who had a regret and surprised kind of look towards me and her brother (Kenjiro) at that time, all of my relatives and close friends were happy to see my child. I don't know what happened between them. Looking at their reaction, it's most likely to be something to do with me. Wait! I was an experimental subject?! When was that? I know I've conducted some experiments myself, but not as the subject! That mysterious box I saw in uncle's office, my high school principal whispering strange words into my ear, and my own death in the other dimention I was forced into (because of what Itsuki/Saeko was working on at that time) that happened not long after I managed to get out. Are they all related? I actually for once think it is.

Anyways, during my maternity leave, my boss retrenched me, giving "the recession" as the official reason. I have the feeling the real reason is not that because of the timing, and labor laws not allowing employers to dismiss women who are on maternity leave. Either way, I don't feel comfortable working there because of my colleagues' behavior towards me. I was, however, immediately welcomed back at the Hatsuya Research Institute. Was given a position higher than when I was last employed there mainly because I'm not a newbie, had studied in a famous university in the world, and was involved in one of their major projects. At least, that's what they told me. Not sure if my relation with my husband or Uncle is a contributing factor too. I'm somewhat happy of this news, but the responsibility that comes with it is greater too. Also, the branch they sent me to is different from where my uncle or husband works.

My family name with this mar rage is now Hisakawa, so if they call me as that instead of the Miyazawa-san I'm used to hearing, it wouldn't come across my mind that they are calling me and might be calling someone else until they. By the way, I actually thought there was an error when I saw my name on business cards and nameplates as "Kotomi Hisakawa". Itsuki and Saeko actually laughed at me when I told them about it. I feel embarrassed for that.