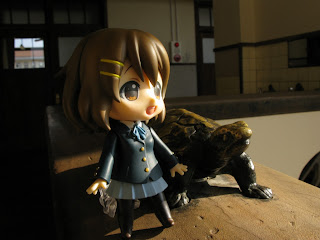 If both the TV and the PC hardware support has at least a VGA/HDMI port, and a 3.5mm audio out jack on the PC (may be simply labeled as "headphones"), it is possible to watch videos on the TV without the need for an additional monitor for the PC. This usually means that most CRT TVs (old ones especially) don't have it without using adapters that are bulky, messy, and output video quality is decreased from the original video.

The hardware configuration is more important than the operating system, which determines how good the video plays back. It's best if no conversion is needed just to play the video, so a Pentium 4 PC or older is obviously out if you want a smooth playback of a video that is at least 720p. I have a Pentium 2 PC with 384MB of RAM on Windows XP (upgraded from 64MB on Windows 95), and it's already struggling with any low-res video. In general, any PC in the 2nd-hand store that are from the 2006-era or more recent is capable of playing it smoothly and very likely to come with a LAN port (more below) or an audio port. (You might consider a new one or changing the built-in video card if you want hardware that plays 1080p smoothly)

Unless you watch videos online (eg. YouTube XL) or want to watch videos stored on an another PC, internet connection is optional. Well, you could also transfer files by a removable media, but that would be more of a hassle, especially if you are using anything that uses the USB ports and there are only 2 connectors at the back with none at the front. If you must connect it to a network, you would also need a router: wireless is good if you don't want the hassle of wires, but might be slower than the wired counterparts and a chance of loss/interference of the signal.

As for the operating system, I would recommend sticking to what it comes with, though I would recommend a Linux distribution if you want to save costs and avoid certain annoyance, and stand out from what is common. And, if you choose to connect it online, you might also want to disable automatic updates by at least changing it to updating it manually.

Programs that I would recommend playing the video are XBMC and VLC player as these are cross-platform programs. On Windows, you could also install codecs to make existing players able to decode how certain video and/or audio formats are stored as and play them back that are not included in the OS out of the box. The problem with this is that it's messy and non-geeks would expect a player or application, only to find none until they realized that it "enhanced" the existing (default) player.

Almost forgot: controls. Generally, you can use the standard controllers, wireless ones you can hold with only one hand would be good, but not so for mouse functions.

Inclusion, unless you have old PC hardware lying around that you don't want to throw away, use a dedicated hardware player instead.

By the way, support for IE6 by Microsoft has ended as at 1 March 2010. I'm not condemning it, but the explorer and the operating system that came with it (Windows XP) has is almost a decade old! And businesses are still using it, despite both having preceded by 2 newer versions... Support for Windows XP SP3 ends in 8 April 2014, 12.5 years after it's released... Other operating systems don't usually last that long.
random