Timeframes of the latest parts of my stories 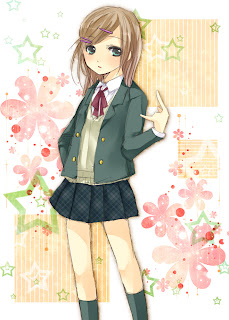 When writing my stories, I tend to get confused as to what year the stories are currently at. Knowing what the year is, and in some cases, the exact time and date, is important for me to sort out the events that takes place in that story.

As I write a different story right after the last one, it would make things even more confusing. Even more so if at least two or more coincide with each other a lot, with one being in a different year than the other.

So, here are the positions of where the stories are at the latest part:

Currently, I'm focusing my writing to Stories 2,3 and 6. The rest are delayed until further notice. I would usually release a story part once every 1-2 weeks with the aim to release it close to Sunday, though it's subject to what I could even think to write. This week, I released Part 79 of story 2 on Tuesday. However, I don't have any plans to put up the next one yet, though the possible ideas of what to write keep popping into my head.

The stories are divided according to what I could write at a given time, so these are not divided according to chapters unless you see the word "Chapter" in place of the word "Part", which has been done with Story 1 on the Wordpress blog.. Actual end of a chapter, and division with the next, in the same part, are divided with stars in the middle or a horizontal line. Sometimes, they actually end with the end of the part it's written in, with the next being a new chapter.

So, you're probably wondering why I keep referring to my stories by numbers instead of by the title that has already been given. Well, it gives me an easier time to refer to it as I wrote them and know which was written first.

Although it's been quite some time already, the title for story 1, "An Original Story by Me", is tentative as you can tell. I'm not good at coming up with an original name that fits the story at the same time without frying my head. Title of story 2, "Alternate Dimension", would fit for the earlier parts that take place when the protagonist was in Katsura High school (school name was not given until later on) and Mihara Academy, but the latter parts of it no longer fits the title. I could split up story 2 around the time the protagonist was made to repeat high school for the first time.

Outfit Design
Well, I never though of any yet. However, once I do, it would be somewhat be forever. As to the designs of the uniforms, I haven't though of it yet. Here's what I've thought of:

Mizuho High (Winter): Unknown, but it's a huge major change from the conservative-looking sailor uniform used before Saeko Hisakawa entered
Mizuho High (Summer): Navy-blue vest, white blouse, and a bow. Skirt design is very different from other uniforms used in Mizuho, which appears identical to each other, but more similar to that of other schools.
Mizuho College: Design is different from the High school section, and resembles more of a formal business outfit. Maroon or bright red blazer with a tie. Skirt colour plain, being either maroon or navy-blue. Skirt length should not be longer than a little above the knee level, and it physically disallows the wearer to be able to run, but is able to walk comfortably. This is worn the whole year round, with the addition of black stockings for cold weather.
Other schools: Only generic ones comes to mind somewhat.
random story