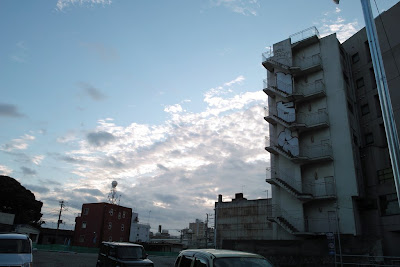 It looks like I need to make some changes to my navigation menu you see across all my blogs. (At the top of this post is the version on this blog at time of post.) Sure it looks better than the earlier version, but there is still room for improvement. During my rare use of IE7, I noticed that there is a weird empty space between the image (mentioned below) and the links, which I don't see on other browsers like Firefox or Safari/Chrome. I don't know if I should fix that, but I would wait for IE8 to be officially released first.

I'm also thinking of changing the current image used in it (which is an extracted sprite from a visual novel some time ago) to something else. Could be an avatar used at the sites I go to or a cropped version of vectors I had done or images sitting on my hard disk somewhere.

With the amount of links increasing, and people viewing my blogs at resolutions smaller than 1280*720 (eg. 1020*768, 800*600), the text can go onto the next line, which would distort the alignment of what I intended it to be. I can't use the scrolling text like you see on this particular blog because it's a non-standard tag (and possibly not supported on IE8), despite it being supported on most browsers. A drop-down list is also not possible as you can't scrollwheel-click / ctrl+left-click to open the link in a new tab or check where the link leads to without checking the page source.

Well, I could try Yukari's navigation menu like above as a start, though this would mean moving the navigation bar to the side. The problems lies on how to convert the current version into this format along with the changes mentioned earlier. Alignment could also be a problem: I could either put the title above/below the image, or next to it. At the same time I also want the space for the title to be larger than the image but the links below it to be divided equally for each language. Looks like I might have to omit some of the things to fit it in and could take some time.


My parents, the doctor, and people who were in the changing room when changing, all say that there is something about my back that is "scary" without further elaboration other than it looks like a scar.

I have no idea what they were talking about since obviously I can't see my own back. Pictures that were taken by some of them of it were not clear and I can't tell when looking at it.

Really am clueless about it.