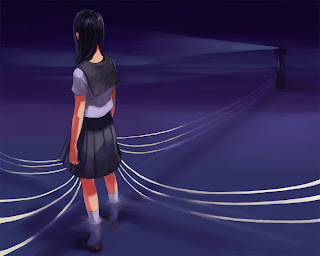 I woke up and opened my eyes, but it doesn't seem to make a difference: I can't tell if I had gone blind or if the room I'm in now is pitch black. I hear nothing but deafening silence. I was also unable to move any part of my body as earlier.

Where am I? What is this place? How did I end up here? That was one of the few questions I asked myself at first. Well, I'm certain that I'm not lying on the road in front of the train station I was at.
All of a sudden, the lights came on and I heard familiar voices in front of me. I can't see who it was though as the light was blinding me and my hearing is kind of muffled for some reason. When my vision got clearer, the friend I saw after I was knocked down was standing next to the director of the company I work for quite closely, though the former looked younger than the former. Do they know each other?

Looking at the screen behind them, I saw myself on some kind of bed, appearing as though I had died after being knocked down (am I dead?), with the same blood-stained school uniform on me. Next to it is a normal TV screen displaying exactly what I am seeing and what I'm thinking right now appearing as subtitles on the screen. And maybe, if I'm trying to say something, my voice would come out too. It's so accurate that it even scares myself. Hey! Even that is on the screen now! 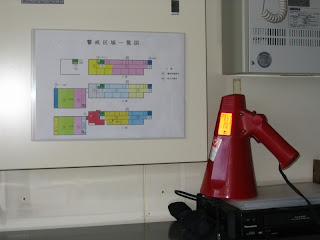 Realizing that I was even saying something, those two cried for joy together and rushed towards me. (My friend called the director "dad". No wonder they look alike.) I first asked how I was even able to communicate via that screen when I look like a fresh corpse. The director replied that I had some kind of hidden ability of transmitting my vision and thoughts via the airwaves, but didn't know what the coverage range is. I had such an ability without knowing it? Maybe that's how the two men that raped and knocked me down know where I was, but what do they want with me? Well, the director and my friend both didn't know the answer to that question.

The director remembered something and told me about the (blood-sained) notepad that my friend found in my skirt pocket. I explained what I had came to know about this Haruna Kobayashi... I feel strange doing so telepathically and the state of my body now.

The director though about for a while. He came up with the idea of merging their minds together. It's the best way for the people around her since the ***** ***** occupying her body is clueless as to what to do, causing some awkwardness with other people, but knows on stuff more than Haruna herself. Besides, ***** should had died back in that car crash. To solve this, the director came up with an idea: wait for whoever is controlling Haruna's body to enter a body of water outdoors or in a bathtub with the window next to it wide open and strike them with lightning. Problem lies in when that would happen.

Before I could ask, the director said that this place is deep below one of the college section buildings of my school which has the best medical and research facilities and, according to my friend, we had been at the ground level of that building before: one that appeared deserted and was full of strange rooms. He also added that it has only been six hours since I was knocked down. If his daughter (my friend) had not been there and contacted him immediately, someone else might have picked me up and had pronounced me dead and whatnot, not realizing that I am still alive. (well, mentally) 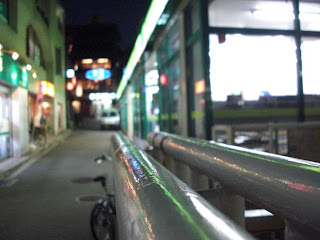 Looking at the time, the director said that he's going to transfer me to a hospital that is owned by the company before my friends and family would question on the whereabouts as to what hospital I'm in if they were to visit. (The media was told that I am already there.)

He placed me on a wheelchair, asked my friend to push me, and do the necessary preparations before getting into an elevator, which only lists the normal floors except for a card reader and an unmarked button with the words "Staff access only" next to it. Reaching the ground floor seems to be taking forever to reach, despite moving at a rapid speed.

We reached a familiar looking lift lobby and headed towards a car parked outside, which was dark. They helped me to get in and belt up as I'm still helpless with my motionless body. (Like beating up a life-size doll, except that I am that doll) On the way there, I looked at myself through the driver's rear view mirror in front: well no scars on my face and apart from my frozen facial expression, I still look as cute as before.

[Author's note: I really should give names for the director and his daughter...]
2nd Story story