electronic things then and now 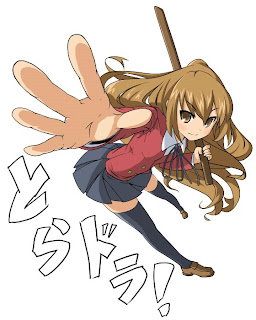 With electrical devices getting more complicated than what it was a decade ago, or even 5 years for computers, the "feel" of using them is somewhat different.

Back when CRT TV was very common, the process of turning it on would produce some high-pitch sound before the channel you selected or last viewed appears fading in from a blank screen. When turning it off, I would see a flash of white light on the screen before it goes blank. Compared to today's more common LCD, LCD seems to lack these things, but is more pleasing on the eyes, takes up lesser space and consumes less electricity than the CRT counterparts. Speaking of changes, traffic lights and information displays like the route info on a bus have been replaced with LED displays (flip-dot for some of the earlier ones). For the latter, it previously used plastic signs that allow light from behind to illuminate it when it's dark. But the LED ones looks funny: could be because of the refresh rate, the resolution (amount in an area), or the lack of wide use of colours. For the traffic lights, the time between switching lights is immediate and can easily be seen even if there is strong sunlight shining over it. However, I do miss the "fading" effect or lights not going on when it's supposed to on the older types which is increasingly rare these days.

Besides that and the fact that stuff like music players are getting smaller (compare a gramophone and an iPod Shuffle), with newer devices that are more digitized and quieter, it like harder to tell how much electricity it uses without referring to stated consumption somewhere. Like, when there is insufficent power, it would be quite ovbious by the fact that it's not as powerful like the song is getting slower (cassete tapes) or the display getting dummer. However, with newer ones, except for a battery indicator and warnings when it's now, you can't really tell as it would produce the same performance regardless of whether it's fully charged or almost empty.

If you still have eletrical stuff from the 1990s or earlier and are still in working conditon with a newer counterpart side-by-side and compare those, the difference would be quite obvious.
I have a 455MHz Pentium 2 tower PC with 64MB of RAM (upgraded to 382MB) and a 4GB of HDD space (32GB was added later), 2 USB 1.1 ports, a read-only CD drive and comes with Windows 95 (upgraded to XP SP2), but I also have a 1.66GHz Centrino Core2 Duo Notebook PC with 1GB of RAM (with additional 4GB allocated using "ReadyBoost"; planning to upgrade to at least 2GB), with 160GB HDD (and an additional 224GB from portable USB HDDs), 4 USB 2.0 ports, DVD dual layer rewritable drive with Windows Vista (more if you count the virtual PCs).
Now, obviously that there are portable devices that somwhat meet the same or exceed the specs of the older PC and the difference between the old one and the new one is a lot different, with 9 years seperating the two. I can play videos and games like GTA:SA at 1280*720 resolution (720p in HD terms) without lag for the newer one, but whether these are even playable even with the same software is out of the question: it lags like hell or worse, nothing is seen or the PC would become next to unusable due to the super-long loading time. Did I say that GTA:SA takes up a wopping 4GB of space and the installation disc is a DVD?

I'm planning to start a new story somewhat based on/inspired by a light novel series that later became a popular anime series. I will be abandoning the older one ("An Original Story by Me") in favor of this as I don't really know how to continue the way it is now. But then, doing the newer one depends on how busy I am now. There are several vectors to do on the waiting list, with one that I had started on 29 September, a bunch of new anime to watch (and decide what not to watch latter on) for the first 2 weeks of this month (October) and.... em, whatever else there is. (I just realised that I have a lot of stuff to do :P)