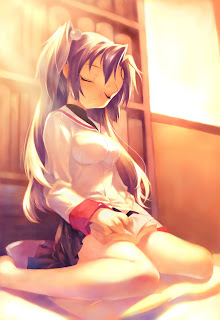 After spending the whole day (Mon, 27 Oct) doing stuff, including the most recent vector trace, I head to bed an hour earlier than normal (1:00AM).

Well, sure, my body would be sleeping by then, seeing that I find my body hard to move and that my eyes are trying to shut close, giving other people the impression that I really am asleep. The problem is that I remain mentally awake, so I had to endue unknown amount of time in boredom, the itches (if any) and noise from the outside. By then, it would be time to wake up for school as it's quite some distance from home. I could leave later, but the buses and trains would be full of people that I may have to stand.

To tell you the truth, earlier on in the day, I visited my uncle (whom I hardly know of) who was hospitalized the week before and was diagnosed for diabetes. I don't know much about the details behind that, but I went back home and to sleep somewhere in the afternoon and woke up when it was dark outside.

Speaking of dreams, it somewhat seems that it would suddenly be bright and warm from when I started sleeping, as though time had just flashed by instead of dreaming. If I had, I probably would not remember it, though I might for a while from when I woke up.