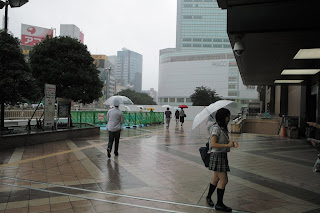 On the way to school the following day, I can't help but to overhear people talking about a blog from last night that they had believed to be haunted. Some felt scared, while others say that it could have been typed in advance or by someone close. Others don't seem to care about it.

I arrived in class earlier than usual today, but my friends seemed to have reached there earlier. It seems that almost everyone here is talking last night's event, but has no clue as to who is behind it.

Homeroom session is about to start. Yukari Takahashi, one of the few classmates who was in the same class as me last year, rushed in as though she was running madly not too long ago. When she saw that the teacher has yet to reach the classroom, she let out a sigh of relief and walked calmly to her seat with a smile on her face. But then again, I had never seen her sad or angry face before. Speaking of feelings, I seem to be able to tell how they really feel, but not what they are thinking, even though their face says otherwise.

Several minutes passed. The homeroom teacher should be here by now, so what's holding him up? At that moment, I heard two set of footsteps echoing from the corridor and it stopped at the front door of this classroom. The teacher soon entered the classroom, but I didn't hear that other set of footsteps walking away. 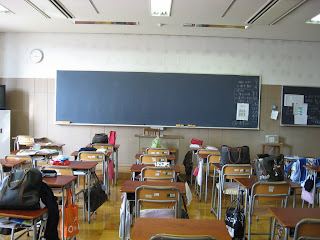 As soon as he stood in the middle of the classroom, in front of the blackboard, he gave me the signal to say the command. I seem to keep forgetting that I am the class representative since I wasn't really elected as one. Anyways, I gave the command to the class to stand, greet and then sit back down.

The teacher looked around as though looking for someone and said that everyone seems to be present. He added that a returning student would be joining our class. At that moment, the class had gotten all excited. With all that noise the class is making and me sitting right at the back, the teacher appears to be saying something, but I can't hear what he said.

The front door soon opened again. A girl who looked very much like the one I saw who fainted back in February when I time traveled, walked in very nervously. Hey, isn't that who I think it is? Everyone else seemed to be thinking about the same thing.

With some difficulty, the girl wrote down "小林春奈" on the blackboard and introduced herself as Haruna Kobayashi. This confirms the information that I had been gathering recently. I think I should observe her for a while and let the people at work know about it later on.

During lunch, after doing my class rep duties and helping with the teacher of the previous lesson, I spotted Haruna walking towards the cafeteria with her group of friends (including Nagisa) together. When I noticed Haruna saying Kenneth Tan's name repeatedly, followed by a puzzled look. She started drifting away from her friends (and closer to me as I am behind), and started talking to herself as though talking to someone else. I overheard her saying the following:

Haruna: "The reason why your mind ended up in my body after you died was because I have always wished to. In fact, if it weren't for our fathers studying in university together, we wouldn't have met. Good job on scaring people with that post of yours by the way. Thanks, but why did you wished so? That's because I erm... loved you... You were the only one whom I can trust the most and what was said during the introduction earlier was true. It's nothing, really, Minoru-kun." 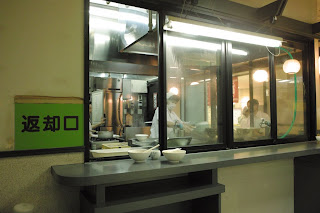 She said the last sentence as one of her friends turned around. Not wanting to look suspicious, I had to continue walking as Minoru did so, into the crowded cafeteria. Once there, I walked around aimlessly within audible distance of Haruna and manage to hear the following.

Haruna: "...loose control over my body and may not be able to communicate to you directly for quite some time. When that happens, you would either take over, or I will faint like what happened back in February. It's as though fate wants you to take over and wants me in the back seat. Oh, I don't mind you dating guys since you are probably going to be stuck in this female body of mine for a long time anyway. So you are saying that we should be together by being in the same body instead marrying? Well, not exactly... And me being involved in the accident? Oh that? It really wasn't my doing. Besides, how can I? Uh oh, I think I'm losing control of my body.... Have fun and stay out of trouble! Hey wait!"

Based on what she said, it seems that Kenneth is most likely to be in direct control of Haruna's body and that the latter is aware of it but has no control since she (appeared to have been) fainted back then. The strange doll seems to be largely responsible behind this chaos. Looks like researching on this case could get quite interesting.