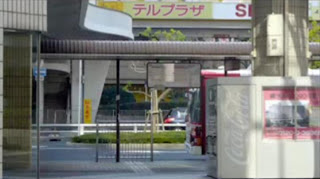 Since around 2005 until January 2010, there has been someone who has been copying everything I did and claiming it as theirs, even the way words are phrased. It started from a particular site the both of us went to, but never knew each other, that allowed customization to the profile layout. At first, it was just a random "view other people's profile through another" thing, but I was shocked to see how similar to my profile it is, or a revision before the current one. I kept a close eye on the situation, but careful not to alert that I'm being copied.

As I was creating the initial version of the "Anime Watch List" with text as transparent background PNG images (the site didn't support non-ASCII characters then), it became more apparent that the person is copying me due to the blue or white background being added to the copied image that is mostly due to IE6 (yes, the browser most business stubbornly still use today despite 2 newer versions out already) inability to support the alpha (transparency) layer of the PNG image. I created a Twitter profile (note: the username at twitter, @the1iam, has been taken over by someone, not related to whom I'm talking about, since I changed to the current username) as a way to replace the chatbox and by the influence of a podcaster that kept mentioning it. Guess what? That person did the same and even followed the same people I'm following.

With some tip from someone of a forum I was active at that time, they revealed to me more things that the copycat copied from me, including the Japanese version of my stories. I've noticed that this person replaced any "私" into "我" amongst other things that strongly tells me that the person understands Chinese more than Japanese. So, the copycat was finally confirmed when I caught them red-handed when I entered a hidden message (now removed) right in the middle appearing in their "copy". With that person even mentioning the name of a college they attend, that narrows it down to a Southeast-Asian country. I burst into anger when I saw: an exact copy of a vector right down to the tiny details, the colour and layout used for the blog and the navigation menu, and the above-mentioned copied stuff. Worse, they credited themselves or their "friends" on something that I had obviously done. It's quite obvious that this is going too far.

PS. The Anime Watch List has been updated to reflect the exact broadcast start dates, and Autumn anime that has been announced, including the second season with To Aru Majutsu no Index (not to be be confused with it's spin-off: To Aru Kagaku no Railgun)
myself random