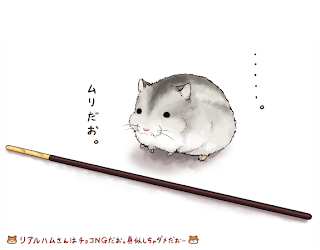 My 21st birthday less than a month away and how times seem to have passed.

My memories before 2006 weren't clear: probably the trauma I had that year that had the old me placed aside. My stress level was so high that my mind couldn't handle it and probably made me forget things. I don't even remember anything from kindergarten and primary school other than what the place looked like. I don't remember the names or faces I've met. What I've learn has so much become a part of me (languages, etc.) that I kind of forgot where and how I learn it. My coming-of-age-day was just earlier last month, and my mind is saying that it's still winter even though the heavy rain and the hot weather of summer. It's like the time has been fast-forwarded.

Coming across a (64MB) memory card that had media relating to Spring 2007 anime, I realized that it was from more than a year ago. I was thinking that it's still 2007 or 2008, but it's already halfway through 2010. The anime in question is probably not well known though:


In the recent months, I've mentioned that old stuff at long-forgotten corners of the house are being thrown out. Among those, those that are not to be thrown out are "temporarily" placed in my room. I would be taking some time off from writing my stories. Parents are nagging at me.
myself