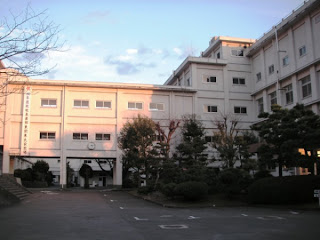 As we walked into the sports hall, my brother seemed uneasy. She has been like this since we got here.

Tsukasa: "I was thinking if my friends are affected by this. They may be living far away from the sea, but you would never know if they were there when it happened."

Tsukasa: "So, here we are. The list of the refugees here, and the list of the dead over there. I'll help you to look through the list. What's the Kanji of this Tatsuya person?"

Tsukasa: "Okay. Got it. That's a normal looking name, until it comes to the pronunciation. Sorry if I had made fun of you. Until you wrote down the name, I though you were mentioning his name twice."

I search through the list of the refugees in here, while my brother looks at the rest. The name lists might look as if it's not listed in any particular order, but it's actually arranged according the first syllable of the family name.

I checked and double checked the list of refugees here because I can't seem to find Takuya's name anywhere. I have to ask someone.

Passerby: "A name with these characters? Hmm... If I'm not mistaken, it's on the list right next to the girl in a school uniform over there that she's looking at now. I remembered that name because I regularly buy bread from Tatsuya Bakery every morning."

He was pointing to the list of the missing and deceased. There's no other person over there besides my brother, but her appearance does match the description as described by the man I talked to.

Passerby: "If you're unsure, you can ask the staff around here."

I didn't want to go over there, but I didn't have anything else to do than to hopelessly look through the list that I had already looked at in detail twice.

I walked over to my brother, at the list she has yet to look at: the missing and dead lists are longer than the refugee lists.

Tsukasa: "Did you find his name?"

My world was turned upside-down. The very person I loved the most has died... But I just saw him just earlier this week... I was too sad that I didn't realize that I was brought to around the area of dead bodies where we talked to a safety officer earlier, the area where the identified dead are. Suddenly, in addition to my brother, I was surrounded by a number of people. Some were staff, and the rest mostly the refugees. They wanted to confirm if it's who I think it is.

They opened the bag the dead body is in. I don't know what...

The dead body in question is indeed him. My brother was trying to comfort me as I cried loudly. My sadness was too great that it did little to calm me down. Everyone simply stood there, looking downwards, out of respect to me. Nobody tried to stop me from crying, nor was I able to stop. It was really sad to think how much we both loved each other, but he's gone. It left a big void in my heart.

The trip back home was rather quiet. I felt as if my life was meaningless now that the very person I loved is dead. Ambulances and police cars with sirens turned on still reminded me of the tsunami that killed him. 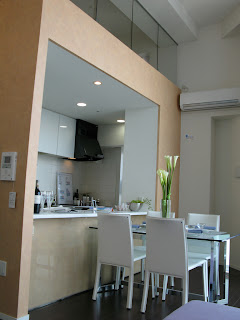 Dad ran to us on sight and hugged the both of us, with a hint of relief in his voice. It did not make a difference to me to my mood at that time. I wasn't in the mood to speak, and neither was I paying attention to what was being said: I was depressed on thinking about Tatsuya's death.

Dad: "Oh! I'm so glad that my two daughters are okay. I was worried since our house is not far from the shore. Yumiko? What's wrong? Your mother is fine too, though she's working at the moment."

Tsukasa: "We went to an evacuation centre in Ooarai town earlier to check on her boyfriend, but he and his family was among the dead. We both saw the bodies."

Dad: "Poor thing.... Well, take care of her and make her feel better. I'll go prepare dinner. Food supplies are quite scarce from people stocking up on food and delivery of new supply possibly disrupted."

My brother brought me to her bedroom and sat next to me and patted my shoulder. As she made physical contact with me, my level of sadness level has been mysteriously reduced.

Me: "Hey... how did you do that? I'm mysteriously feeling better the more you touched me."