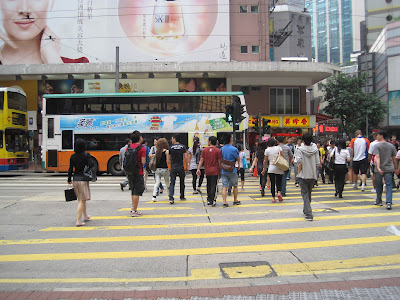 These past few years, I have traveled to several regions and countries that are quite far away from home. As I traveled, certain aspects about how different a place may be from what I'm familiar with is become more apparent. Things that I take for granted too.

Depending on what country it is, cost of living may be lower than where I'm from. Although, if I'm unfamiliar with the currency of the country, that can be a hard thing to tell, especially if the rates are not dividable by 10 without a remainder. Well, 2 and 5 too, but that requires more thinking. However, some products, especially ones produced from my country, or an another country, may be more expensive than back home if you calculated the exchange rate of the price you see there. Although, for some places, spending $100 (around there, and something like that in other currencies, and stated price might be before/after tax, and if the store participates) would allow you to refund the tax.

While planing for traveling, try to avoid those "travel packages": you might be paying for things like hotel accommodation that may cost more, and/or things that you might not need. On top of that, you might be rushed from place to place like a heard with perhaps an inflexible schedule. You may look at a brochure at a travel agency and find it expensive, but keep in mind of what it's made up of and you might be able to plan for a trip that would cost less. Mine makes up of the following order:

Also, the things you bring along, including the bag that you bring your stuff in, should also be considered. That bag with wheels and a retractable handle attached weighs more and has fewer storage area than bags of the same design without them.

Among the places I've been to, the most eye opener was traveling through the towns and villages of Malaysia as practically almost every aspect of what I'm familiar with is very different: food, layout of places, *cough* waste management *cough*, transport infrastructure, the way people dressed, and so on. They are all very different from what I'm (very) used to back home. Food from back home itself is also hard to find.

Of course, not everywhere is safe. Try to dress and behave in a way that do not attract attention, though this particular step can be ambiguous: people of a country may not even bat an eyelid, but the same thing in an another can attract attention. Hard to tell, but how developed a country is, and/or how conservative/religious the people are, is usually related. Traveling in groups (females especially) can be better when the safety from being attacked is questionable.
myself random travel