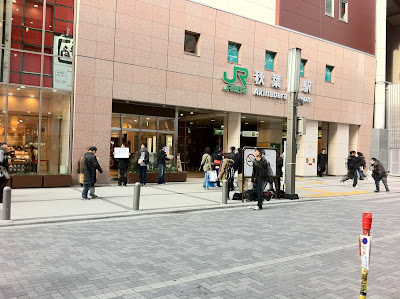 It has been exactly a year since the large earthquake happened in the Tohoku region.

I remember a year ago when people were calling and messaging me to check if I'm okay. I'm relatively unscathed, and I don't have relatives affected by this.

Tokyo was relatively unaffected, and buildings remain standing as they are designed to withstand strong earthquakes. Although, food supplies, and things like radios and batteries were mostly empty shortly after due to people rushing to buy this and/or supply routes/factories were affected by it.

Outside Japan, and most foreigners inside Japan, the situation at that time was kind of exaggerated by the lack of knowledge (and spreading their misinformed knowledge to others) of what is happening, and the areas affected. The fear in these people seem to imply that the whole of Japan is affected.

As for the radiation, yes there was dangerous radiation around the Fukushima 1st nuclear plant, and, yes, radiation levels in other parts of Japan are higher than usual since that incident, but if you put that in perspective, it's still within safe levels, and still lower than in other parts of the world.

It's... painful for me to write further, so I'll stop here.
japan random