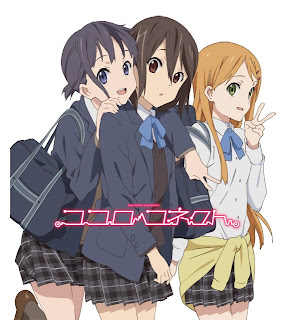 You may have come across some (fictional) stories, or a part involving, where one finds themselves in a body of something different from what they are used to. This can be to an animal, an item, or even a robot, but most authors usually restrict this concept to between humans of the same gender not too far away, and know each other prior to it happening.

So what you find yourself in someone else's body and then someone else talks to you as if you are their parent/child/sibling. Psychologically, these people are complete strangers to you, but the body you are in makes you to be related to them by blood. Your original family members would also not recognize you.

Methods of how that happens, or what happens later on, is different, but "waking up one morning" and "demanding to change back" are usually the typical things that happens. For the latter, it usually involves someone else who cause it to happen (usually a scientist), various difficulties (expense, conditions that are hard to achieve or happens once in a very long time), and reluctance to reverse it.

Stories involving body/mind changing can be told in many different ways: chasing someone down by possessing people near the target commonly found in action movies, or in ways that would intentionally raise the arousal levels of the reader. The two I mentioned are what they are commonly used in.

Due to the nature of this concept, it's also not clear if mind swapping means being in a different body, or have memories of someone else while leaving no memories of who they were before that. In the latter case, the person would perceive themselves as being in a different person's body, even though their mind never moved at all, as the only memory they have is that of someone else. To other people, telling these two methods apart can be hard, possibly impossible.

To put it simply, everyone has the same mind, but (without synchronization and) due to exposure to different things that is location and time-specific on top of what a person knows at that time, that is where differences happen. Even siblings and twins too: one would encounter something that happened in the absence of the other, or the actions they do (who knows and do things differently from the other).

Speaking of mind-swapping, I have watched Kaiba (カイバ; Winter 2012 anime) that is based on this concept, but the weirdness of this (far weirder than Nisemonogatari on a whole different level) makes it difficult to watch that nobody watches it unless they are... No, that's a bad example... Cocoro Connect (top image) is a better example of what I'm writing here.

(PS. If you are wondering why this is numbered as the 596th post instead of the 597th post, that's because it's in the order I created them, which includes post that I created first, but publish posts newer than that. That would mean that the previous post is actually the 592nd even though it came out after the 595th.)
random